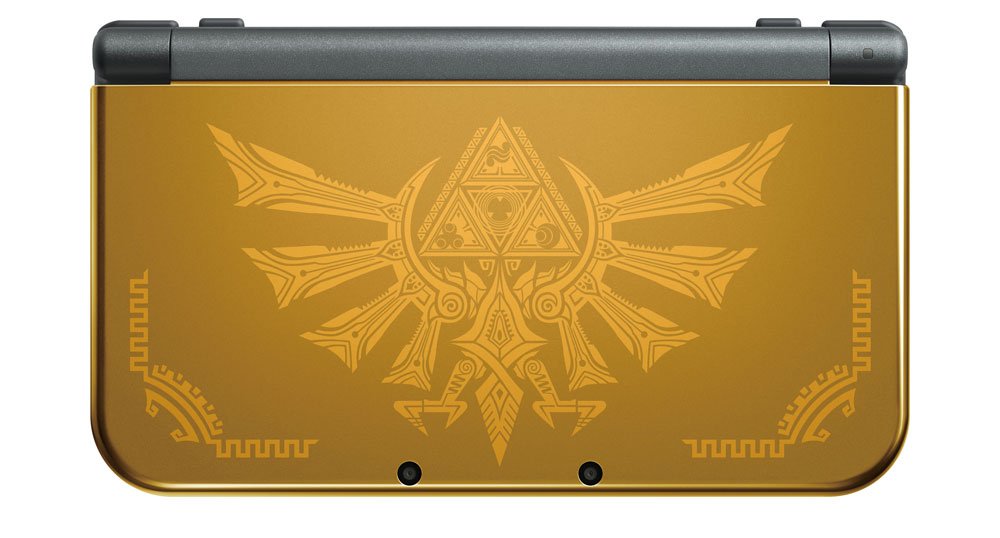 While these aren’t selling like mad compared to the Majora’s Mask version, GameStop’s exclusive Nintendo New 3DS XL Hyrule Gold Edition is now on sale for $25 off at uh… GameStop. The regular plain vanilla red/black versions are also on sale, but since Amazon is price matching and offers actual free shipping – you’re better off grabbing from there instead.

Nintendo’s latest handheld has been holding steady at its released price point since earlier this year. Short of a few odd random deals (coupons/rebate stacking), the console has rarely been on sale for under $180 — even during the Black Friday and Cyber Monday season. This is the first time we’ve seen the Hyrule Gold Edition on sale.

GameStop’s deal on the Hyrule Gold Edition is slightly hampered by its archaic $7 shipping and handling fee, which you can waive if you opt to pick up at a nearby GameStop instead. This deal doesn’t appear to be a part of its advertised weekly sale, so don’t be surprise if it expires out of the blue (and Amazon’s price match will also disappear at the same time). If this is a part of an unannounced weekly sale, the deal should expire Tuesday next week.

Filed under... #Amazon#Deals#GameStop#The Legend of Zelda