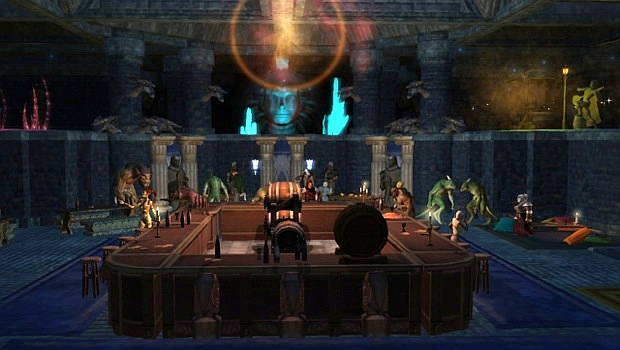 Ossian Studios’ first Adventure Pack for Neverwinter Nights 2, “Neverwinter Nights 2: Mysteries of Westgate,” will be available April 29 for the meager price of $9.99. It sounds like the expansion is digital-only, so head on over to Atari’s Internet store on the 29th if you’re down with some more NwN 2, er, adventure.

If you’re unfamiliar with the expansion — hell, I was — the game’s official Web site is up and running for your viewing pleasure. “Mysteries of Westgate” takes place in the rough and tumble capital of the Dragon Coast, Westgate. It’s all “city-based adventure,” so you’ll need to be careful with not only your choice of recruits, but probably with disease. I have a feeling there’s a lot of rat-stomping mayhem to be had in the Undergate zone and it would be terrible if your dark elf contracted some sort of blight before you get a chance to get properly krunk in the pub.