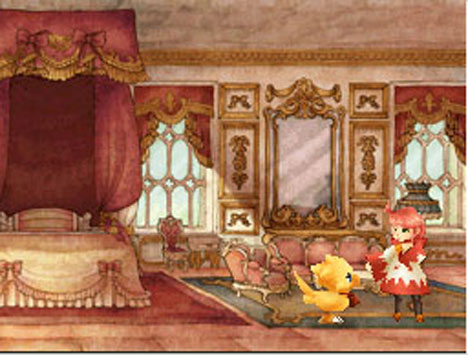 So yeah, I like chocobo. A lot. Sure, they’re cute, but the incarnation of Chocobo that you know from Chocobo Tales and Chocobo’s Dungeon has more than just the adorable factor going on — his sense of positivity and determination is admirable to me. He’s just a good guy, and I never tire of playing games that feature him, hence my excitement over the news of two new Choco-centric games coming to the DS!

Square Enix announced a DS version of the new Wii title Chocobo’s Dungeon and adds in Cid as a playable character and a new job class. The other game will be a sequel to the ridiculously sweet DS title Chocobo Tales, and hopefully more heated card battling with be contained within. Dungeon will hit this fall, and Tales will be out during winter.

US release dates have not been announced yet, but considering the popularity of the little yellow bird, I think it’s safe to say we will see these games stateside. Talk about the best Christmas ever — more chocobo games than I can shake a stick at!