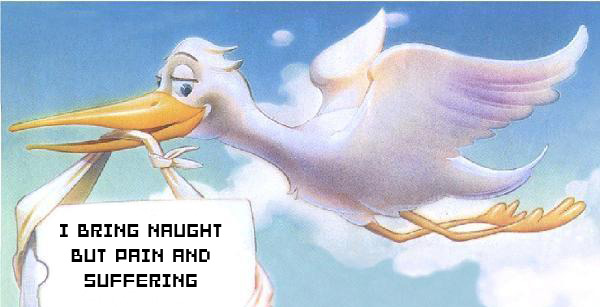 In almost predictable fashion, the negligent, deplorable actions of a Nevada couple have been blamed on gaming. The couple, Michael and Iana Straw, apparently neglected their infant children to the point where the tots had to be hauled away by authorities for severe malnourishment and other unfortunate afflictions, all while remaining immersed in one of the many Tolkien-esque virtual worlds.

Of course, the media — instead of blaming the parents’ ineptitude as people or making a humorous anecdote about how the children would have been better off being raised by badgers — had this to say:

… the Reno couple were too distracted by online video games, mainly the fantasy role-playing “Dungeons & Dragons” series, to give their children proper care.

I’m going to forgive the mainstream media’s rare double-scapegoating here as many people still can’t tell the various races of elf apart, but to claim the base problem was gaming is myopic at best, and at worst dangerous. The parents were obviously unfit well before they donned a +3 Cape of Perpetual Loneliness, and the stork should never have handed over the keys to those children.

Far be it from me to blame a fictional symbol of childbirth, but in this case, an imaginary bird who delivers babies during the night is as likely to have caused the problems as any affection for Drow these people may have had.

To put it another way: Did we blame Isotoner gloves when The Juice wacked his ex?