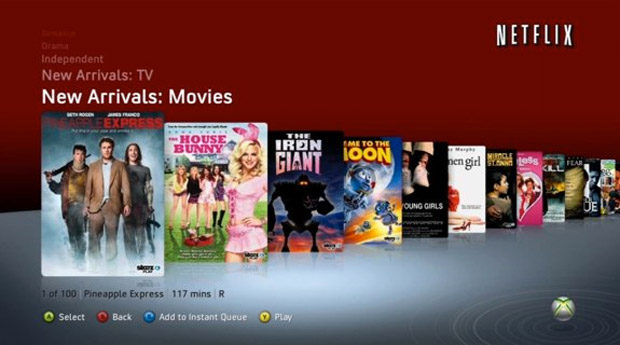 If you use Netflix a lot, and happen to have Kinect, then you’ll finally have a reason to use the motion control device again from today onwards. A new update enables Kinect support for Netflix, which comes with all the waving and voice-control you might have gotten used to when it comes to motion-controlled video playback on your Xbox 360.

The update also comes with a new Kinect-exclusive recommendation channel that requires gesture control. Sounds like the same recommendation thing Netflix always did, but at least now you can finally use Kinect for what some of you primarily use your 360 for. Hurray?