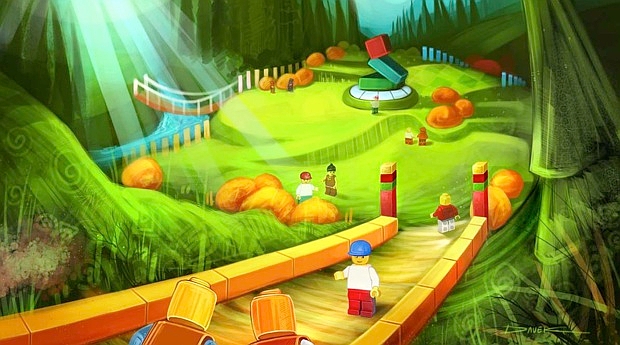 Dad still can’t unravel the mystery behind the magnetic shopping carts at ALDI, but he might be able to master LEGO Universe. Why? Connections, man. The sweet kind. Father knows LEGO and if his kid is rocking the MMO, he may just be pulled in.

In a conversation with Eurogamer, a couple of guys from Netdevil — the studio behind the equally mysterious MMO LEGO Universe — spoke about how the family-friendly title could defeat the generational gap.

Seabury added that there is a “lot of potential” for parents to bond with children through the game as opposed to that huggy-kissy stuff like going to the zoo, playing catch, or talking.

In the same conversation, head of TT Games Jonathan Smith said that children are ready to be immersed in an MMO while parents, well, aren’t. This could give kids the ability to lead their parents into new experiences.

“Online games and the online communications experience are very accessible and children are ready for that, immersed in that, and parents are not. So this is where the children can actually lead the parents by the hand and show them what to do and that can be a really powerful experience together,” Smith said.

These are interesting takes, but I don’t have any kids nor do I have a problem with magnetic shopping carts. (Protip, dad: insert a quarter in the slot.) I can’t relate. But if there is a property that could have the ability to unite parents and children, it’s definitely something based on LEGOs. Or Lincoln Logs.