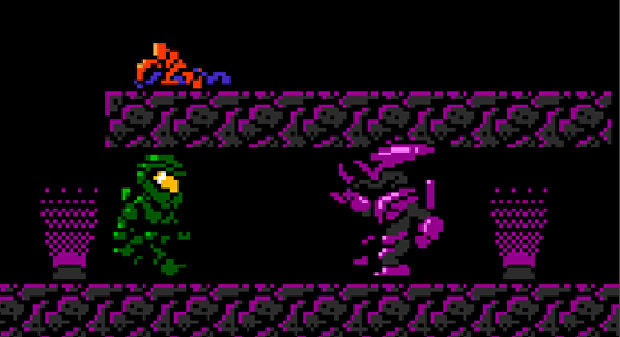 Those demakers are at it again. This time, we’re looking at Pixel Force: Halo. As the name would imply, it’s being made by Eric Ruth, who also tackled visually downgraded versions of Left 4 Dead and DJ Hero.

The cries Grunts make right before death are absolutely terrifying. And, assuming this demake follows the same Grunt massacre that Halo: Combat Evolved entailed, you’re going to be hearing it a lot. According to Piki Geek, we can look forward to a late January release on PC for this one.