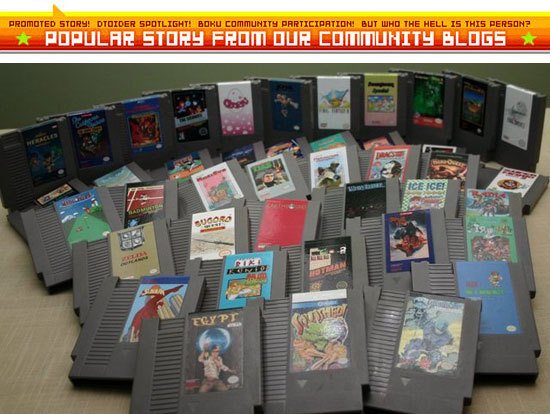 [This little gem just screams out to the collector inside of me, as well as the rest of the staff. No, really. I had half the staff yelling at me to promote this story. It’s a little hard to do from Boston on a BlackBerry that isn’t even mine, but here it is, finally. Tristero, you’re tempting me way too much to start getting those impossible to find NES games from this guy. — DMV]

If you don’t know about NES Reproductions yet, it’s just about the coolest Internet site for game collectors to get their cultural artifact loving rocks off. NES Reproductions takes those long lost Japanese gems we were robbed of in our childhood (games like Mother, Sweet Home, and the harder-than-Miyamoto’s-erection Super Mario Bros. 2), and converts them into cartridges playable on all North American NES systems. Better yet, games that are heavy in Japanese text have been burned from fan translated ROMs. You can be hardcore without, you know, wading knee-deep in kanji flashcards. They’ve got an extensive list of foreign and homebrew games they offer and they even take suggestions.

I’m definitely a customer myself, and I can barely describe to you the joy of playing these long lost relics on an actual Nintendo system with a real NES controller in your pre-arthritic hands. Yeah, yeah, of course you could just download the ROMs. You’re missing the point — NES Reproductions is for the snobs who still collect vinyl because of the tactile connection to music it provides. I can’t be the only one raising my hand here. Playing these missing games on your little Nintendo-muffin feels like finally finding the non-existent boss code for the original Super NES Street Fighter 2 — the one you always knew was hiding there, just out of reach. It feels like coming home. Here’s an interview I conducted last week with LeonK, the guy behind the NES Reproductions project. Hit ’em up sometime. You won’t be disappointed.

First of all, LeonK, thanks for your time. How old are you and at what age did you begin playing video games?

I’m 31 years old. I’ve been married for three years to the most amazing woman and I live in Toronto, Canada. I started playing games when I was eight years old. At the time, my parents took my brother and I to a toy store to buy us a birthday present. I’m two years and a day older than my brother, so we always celebrated our birthdays and gifts together. We ended up coming back home with an Intellivision. Two years later, we immigrated to Canada. It wasn’t until the early 90’s that we got our first NES. And so the love affair with video games continued…

What motivated you to take up the reproduction project? Did you begin making them for yourself first?

I was visiting Digital Press about four years ago, when a discussion of reproducing NES games came up. At the time, I wasn’t aware that there was an entire community around NES development, hardware reverse engineering, etc. The post talked about how to create a reproduction of Earthbound. It seemed very technical for the average Joe. Luckily, my father was an electrician in his previous career, and from a young age, he had me working with circuit boards and such. At that moment, I decided to reproduce a game for myself, for three reasons:

1) To have the game. I was an avid NES collector by then with a few hundred games in my collection.
2) To prove to myself that I could do it.
3) To see if I could provide a service to other collectors that didn’t have the skills or the drive to create a reproduction for themselves.

At no time did the idea of making reproductions for profit cross my mind. I was actually doing it, and in many ways still do, to fill an itch I have to work with circuit boards and memory chips. The fact that I can mix it together with a long time hobby was just a bonus! 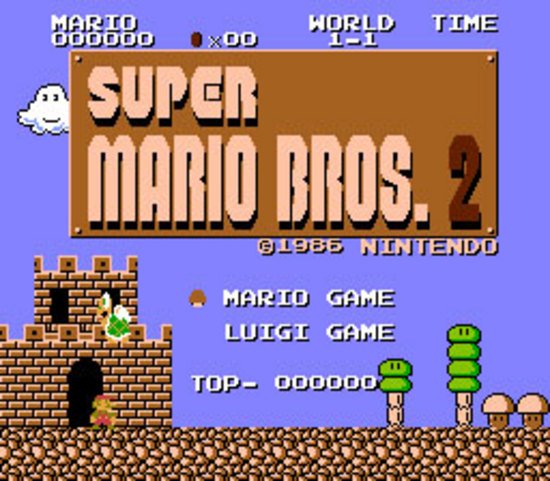 Also known as The Awesome Levels

What kind of response have you been getting? People have spoken very highly of you on several websites. Has the general feedback been good?

“Shock and awe” is the best was I can describe it. People are shocked to find out that this can be done, especially to games they’ve always wanted to play on the NES, but were stuck playing on a PC. Awe when they get the cart and can’t believe how good it looks. I’ve had customers from as far away as South America, and all over Europe. I always wonder how people find out about my service.

Give us a broad outline of the steps involved in your process. Do you have an EPROM programmer? If so, what kind of HEX editor do you use?

It’s no secret in regards to what I do — the exact steps have been documented in many different web sites. The gist of it is as follows:

First, you convert .NES ROM image to its base components (most times, .PRG and .CHR files) Next, write these files onto EPROM memory chips (I have an EPROM burner and EPROM eraser to assist me). Then, you open the donor cart  and clean/restore the pins to like new condition. Once you’ve done that, remove old ROM chips and solder on EPROM chips (this is the most technical part, since EPROM chips and ROM chips in most cases are not pin compatible). If required, install a battery holder, battery circuitry and battery onto main circuit board.

Following that, print the game labels at 2400dpi on an industrial color laser printer. Then, just laminate and trim the labels to size. The old plastic carts get their labels removed, and are cleaned down to the gray plastic shell. Install the label onto the cart, put the circuit board back onto place, and then test the game for a second time. Then, the game is shipped back to you. All this takes about 45 minutes on average per game. 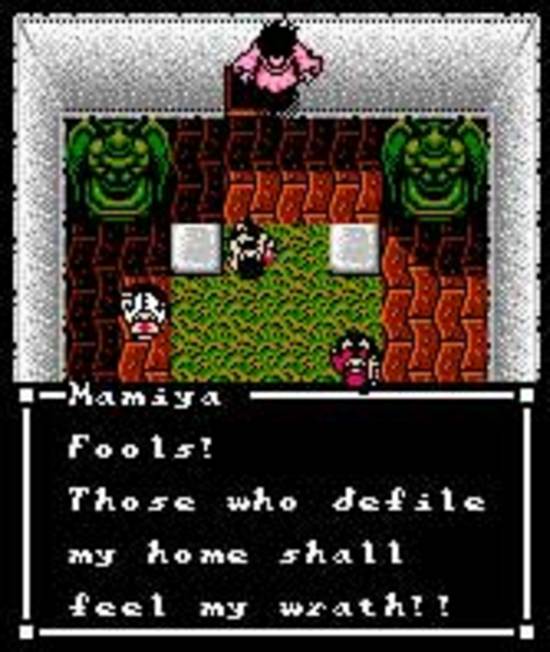 If you don’t know, don’t ask

Was there a lot of trial and error involved when you first began? Have any big disasters along the way?

Oh yeah! Lots of trial an error. Anything from getting a good supplier of memory chips, labels, laminate, etc. The most difficult part of this is getting the small details that no one documents right. What wire to use? How do you cleanly and efficiently remove old ROM chips? How do you cleanly remove the old labels? What’s the best way to install new labels? All this took years to master — some things I’m still changing around. I’m always trying to improve the quality of the end product.

What’s been your most popular reproduction? Mother? Zelda Outlands?

Earthbound and Zelda Outlands are always popular. Other games are seasonally popular such as Tecmo SuperBowl and RBI Baseball. [Note: these are the classic NES sports games updated to reflect current player rosters.] 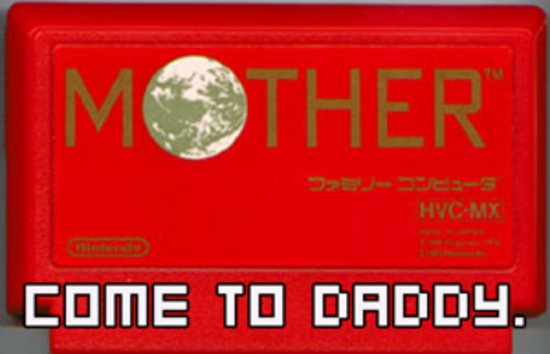 Tell me about your custom orders. Can someone just send you a homebrew ROM and then you’ll send them back a physical cartridge? Are there any limitations as to what you’ll be able to reproduce for a NES cart?

That’s about it for custom orders. They also need to provide their own labels which I can print and stick on the cart for them. Image resolution and such are all discussed via e-mail. But most importantly, I need to make sure it can be done. You need to e-mail me your custom ROM, and I can test it and tell you if a valid donor cartridge exists, and what it is.

Are you involved in the homebrew scene yourself and have you ever created a physical cartridge out of any of your ideas?

Not at this time. I am a C / C++ programmer by trait. I actually develop the C / C++ compiler for a big IT company. So working with assembler and such isn’t that difficult for me. If I have some spare time from my busy schedule, I might look into getting something done. I’m not sure what yet, though.

Homebrew Zelda: the other white meat

Do you have any games you’d love to make available but can’t for technical reasons? Any forthcoming games we should know about that aren’t listed on your website yet?

I have a few ROM images of games that were never officially released to the public. I promised the owners that I wouldn’t share, and I’m a man of my word. I also have made a few reproductions for customers which I simply don’t have the time to put pictures of on my website. It seems life is taking over my time, and hobby.

Are there other video game projects floating around in your head to accomplish next, or are you going to stick with the reproductions for now?

A couple years back I build my own MAME arcade machine. It’s an old arcade machine which I refurbished back from the dead, which included fixing the monitor. It works and plays great, but it’s lacking art and that “cool factor.” I’d love to spend some time this coming winter and finish this long term project.

Do you keep up with current video games, and if so, what’s grabbed your interest lately?

Very much so. My wife got me an Xbox 360 for my last birthday, so it’s been keeping me busy. I’ve already completed Gears of War, Saints Row and Lost Planet on it. Can’t wait to get my hands on Halo 3 and GTAIV.

Do you ever read Destructoid.com? Also, cocks?

I wasn’t aware of the site until recently! I’m always looking for a new exciting web site to add to my 20 folders / 100+ bookmark collection.

Damn, son. You needs to bookmark that shit. I know we made the cut.