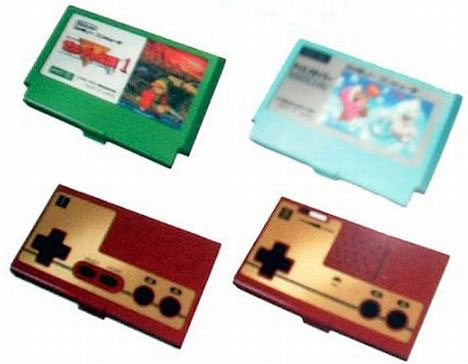 Now here is a product that I would probably blow my money on without a moment’s hesitation: a business card holder with retro flavor, representing everything from Mario and Zelda to Ice Climber and even classic Famicom. Cool, right? The only problem is, the product photo appears to have been taken with a low quality camera phone or something equally awful. I think my cat could have done a better job with a camera taped to his ass while hanging from a ceiling fan.

At $8.80 a pop, I suppose you could order one and take a chance that it looks a lot cooler in person, but it’s kind of sketchy. Also, you cannot specify which one you get according to the website, so if you want the Zelda one and you get Mario instead, you’ll have to go complain somewhere else. Lame. I have no idea why I still want one, but I kind of do.

[Via Slashgear — Thanks, Jonathan]