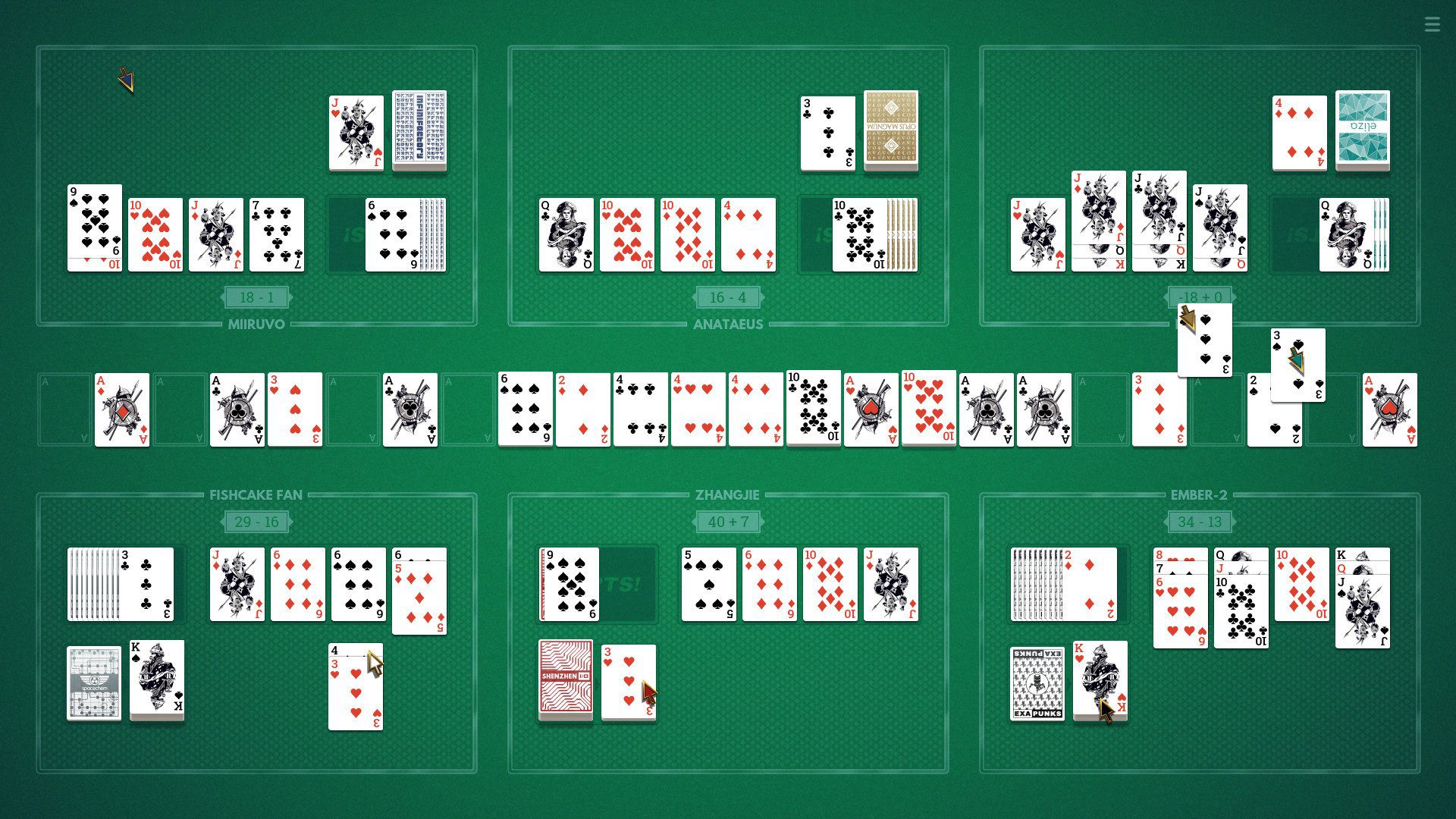 This is perfect for stuck-at-home life

If you’re looking to unwind with a few relaxing rounds of simple Solitaire, Nerts! Online won’t fit the bill at all – but it sure is chaotic fun. It’s a free competitive card game on Steam from Zachtronics, the creator behind brainy puzzle games like Opus Magnum, Exapunks, SpaceChem, and Shenzen I/O.

You might know Nerts as Pounce, Racing Demon, or another variant – it goes way back. The game pits players against each other in a race to clear out cards, Solitaire-style, in their area or the shared space.

As the developers explained today, “we did not invent Nerts. We learned about it from our artist Kyle, who has played it for years, and started playing it after lunch in the Zachtronics office. Over time we added more to it, including house rules [like players being allowed to move cards between their Nerts pile and their tableau after Nerts has been called], longer tournaments, and even a theme song.”

This is a great gift. Check it out the next time you need to bring something new to virtual game night.