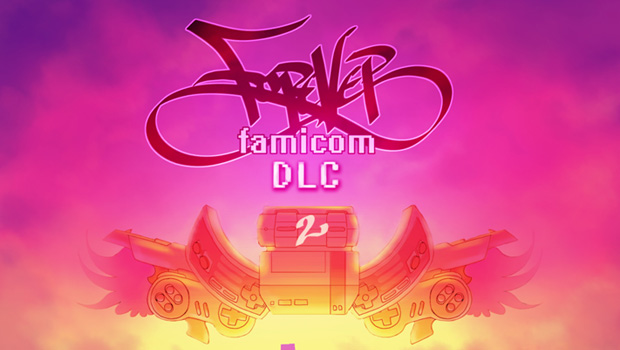 I will put my foot down and proclaim that nerdcore artist Random, a.k.a. Mega Ran, is the best geek music act out there, bar none. Whereas many other musicians in nerd culture have very little substance beyond the their own gimmicks, Random has been able to marry real hip-hop and his love for videogames in a fashion that is greater than the sum of its parts. Geeks love him, rap aficionados love him, and even those who claim to despise rap love him.

Last June, Random teamed up with producer K-Murdock to bring us Forever Famicom. The album, which sampled several NES and SNES games, deftly alternated between silly game character roleplay and inspirational stories from Ran’s childhood and life on tour. The following month, he released a “DLC” pack containing a few more songs plus instrumentals of the main album tracks.

Now, he has released Forever Famicom DLC 2, a second companion EP containing seven new songs that sample Donkey Kong Country 2, Bad Dudes, Super Metroid, and more. One of my faves on the album is “The Ruler’s Back,” which samples Edgar’s theme from Final Fantasy VI, and which I was fortunate enough to hear performed live at Nerdapalooza 2011. All the tracks can be previewed at the Bandcamp link below, and where you can spend $5 to download the whole shebang or $12.99 to obtain a CD that also includes instrumentals and will ship out sometime around October 31.

If you haven’t heard a Ran joint yet, get off your tuchis and check this out!

Filed under... #Offbeat#Things gamers do