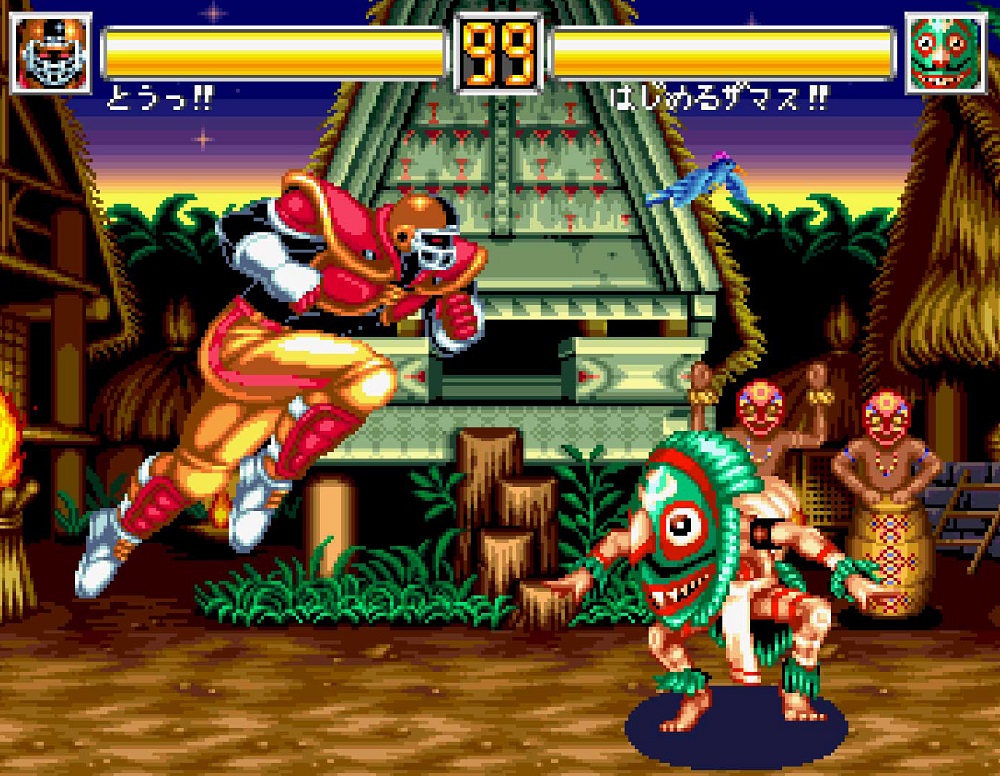 Two more classic releases from the glory days of SNK have landed on modern gaming platforms. World Heroes, yet another one-on-one fighter, is being made available for download on Switch, while its sequel, World Heroes 2 Jet, is coming to PS4 and Xbox One.

The World Heroes series, which launched in 1992, has the wacky backstory of a mad doctor gathering fighters from throughout the ages, in order to ascertain who was the greatest warrior of all time. To me, it seems a helluva lot of work to invent time-travel just to essentially win a bet with yourself. But he’s a mad scientist and I’m just some internet hack so… y’know?

The game features two modes: Normal Game, which is your standard Arcade Mode, and Death Match, in which the arena is filled with environmental hazards. Each of the game’s eight fighters is supposedly based on a real individual. So if you ever wanted to see Hulk Hogan take on Joan of Arc, brother, this is the game for you.

1994’s World Heroes 2 Jet is a revamped version of the series’ first sequel, featuring faster gameplay and a Dash ability. Jet features new stages and characters, including the ridiculous football player Johnny Maximum, who looks like the killer in an NFL-themed slasher movie.