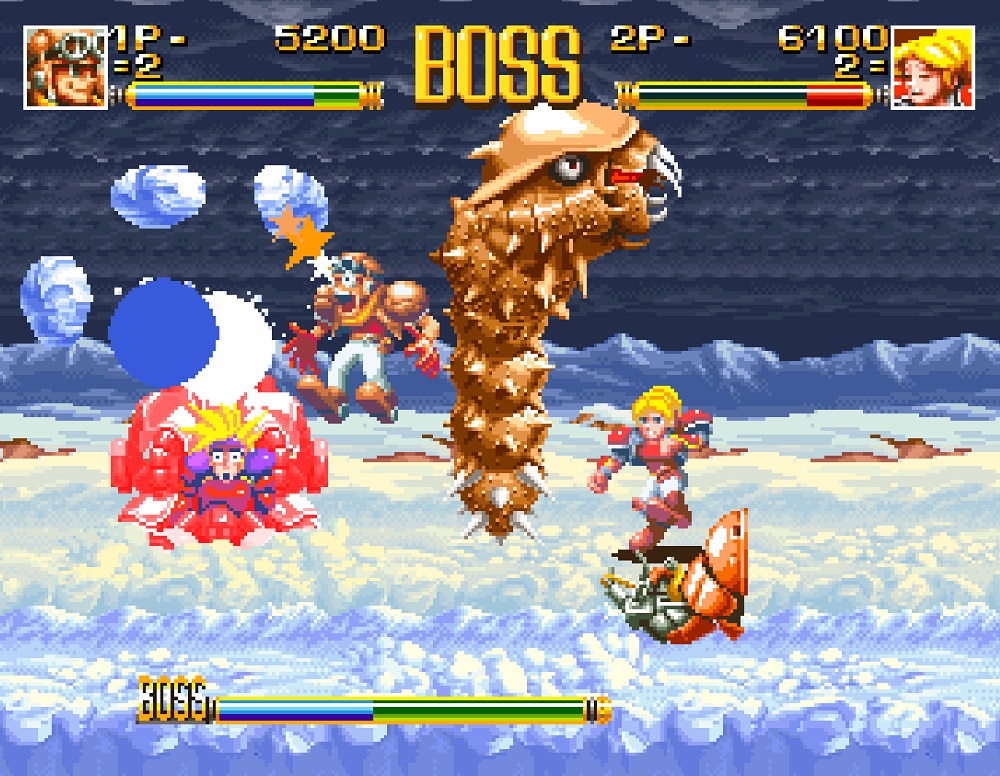 Another SNK classic joins the ACA range this week, as Top Hunter Roddy & Cathy sees re-release on PS4, Xbox One and Nintendo Switch.

The side-scrolling action adventure, originally released for the Neo Geo back in 1994, stars two intergalactic bounty hunters as they fight their way through a series of themed-planets. The game had several intriguing gimmicks, such as the options to leap between planes ala Fatal Fury, and special attacks that could be unleashed via joystick combinations, ala… erm… Fatal Fury.

Top Hunter is a great looking game, featuring huge, colourful sprites and exciting boss battles. It was notorious for its piss-easy difficulty though, that saw many players breeze through it in an afternoon, before sitting back and letting the buyer’s remorse of a $100 cartridge sink in.

Fortunately in 2017 the game only costs $8, and is available to download right now on PS4, Xbox One and Nintendo Switch.