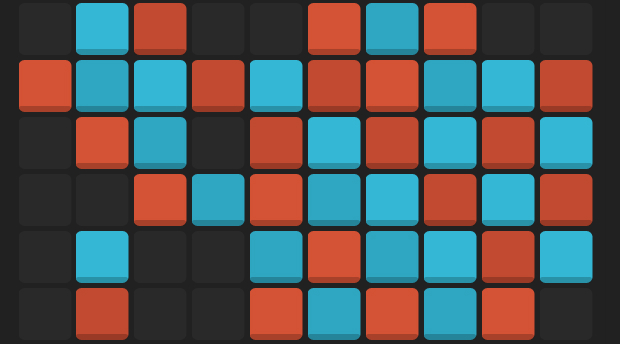 I have always been an unapologetic fan of Minesweeper. I have been playing it for longer than any other single game, and I will be playing it as long as I can imagine. It never changes in any fundamental way, but it always works to pass some time when I just want to switch my brain into pure logic mode. 0h h1 is the same kind of thing; it could be solved by a pretty simple computer program, but the act of going through it is still mechanically satisfying.

It almost works like sudoku or Picross but with only two possible entries, red or blue. There can never be three or more of any one color consecutively, there are always the same number of reds and blues in each row or column, and no two rows or columns can be identical. With those rules, the game is set to run as many times as the player wants to play, and it’s all free.

It is adapted from the Japanese logic puzzle (of course) called Takuzu, and since it is a simple digital version of an existing mechanic, it is available to play in browser or through the Android or iOS mobile apps for free. Check it out if you have some time to waste.