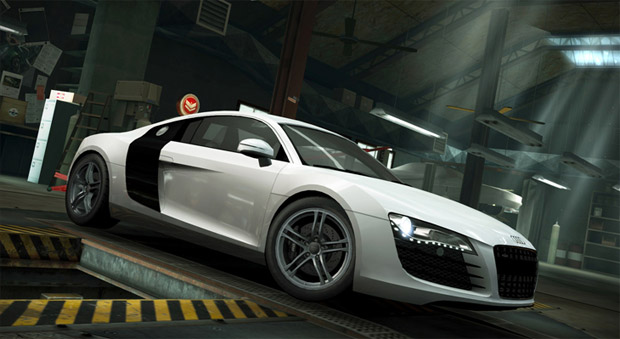 The majority of us will check out EA Black Box’s free-to-play Need for Speed World when it goes live for PC on July 27. The remaining audience — as in, those who cough up $20 for the game’s Starter Pack — can begin playing immediately.

What does that up-front money get you, other than early access? A “credit for $20 worth of SpeedBoost (the in-game currency), full access up to level 50, and a bundled assortment of power-ups.” Take note: non-paying players are unable to progress past level 10.

I attempted to play the beta version of Need for Speed World, but the client crashed every time I tried to switch to a not-tiny resolution. As such, you’ll need to listen to Samit for our verdict on this one.

Filed under... #Electronic Arts#Freebies#Need for Speed