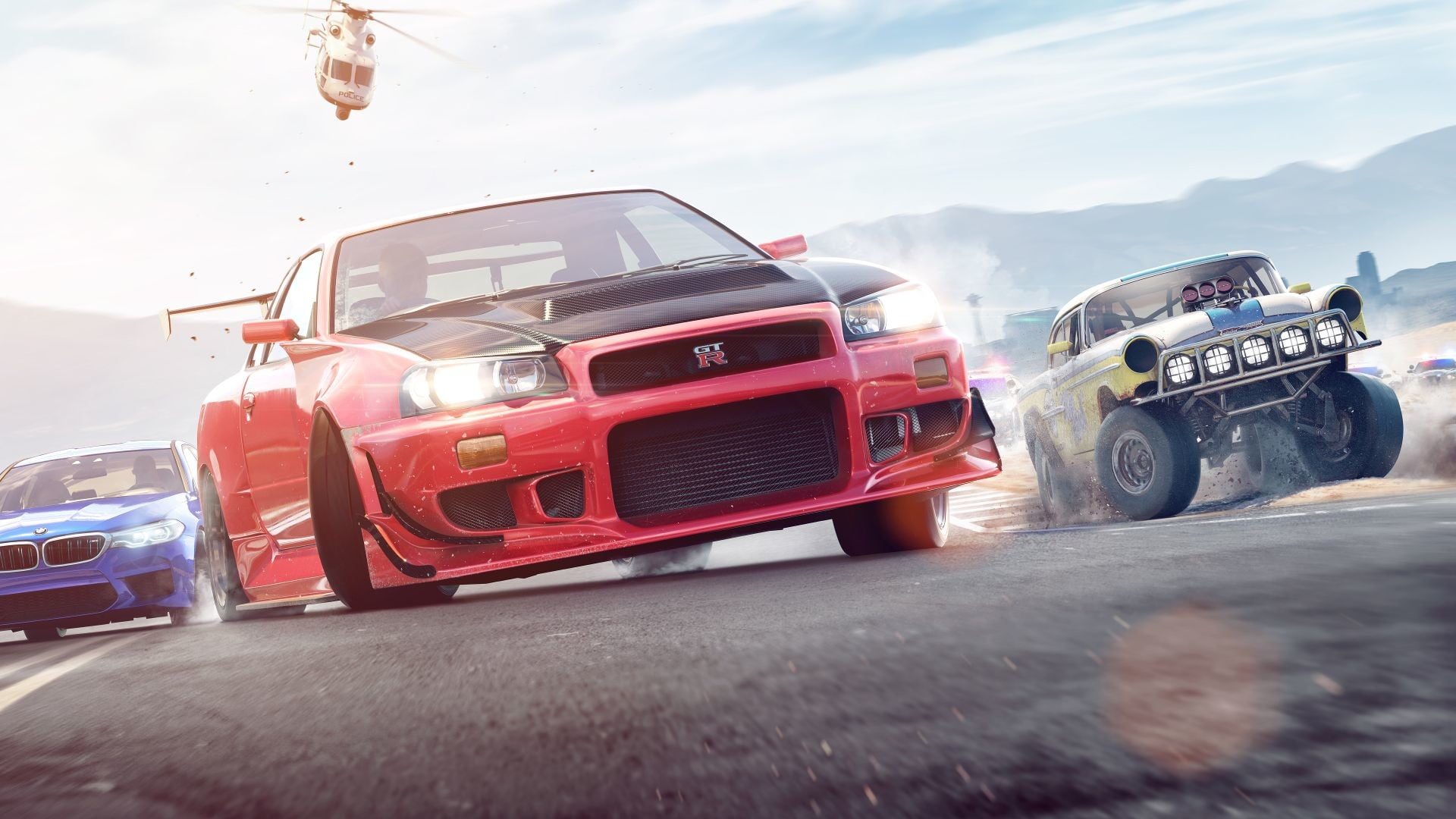 Been driving all night, my hand’s wet on the wheel

If you’ve ever played Forza Horizon, then Need for Speed Payback will seem very familiar. They’re both open-world driving games set in the desert, they both feature a stunt chain system that doles out experience based on how well you do for how long, and both games have derelict old cars hidden around the world that you can fix up. None of those aspects are exclusive to Horizon, but they work in concert to make Payback a recognizable experience.

But the glue that holds Payback together is the game’s sense of flair – something Horizon had in spades. Whereas Horizon was set in and around a neon-tinted Coachella-esque music festival, Payback follows three car-based criminals as they take down a group of worse criminals, who also do a lot of car stuff.

So if Forza Horizon is the video game equivalent of this Pepsi commercial, Payback is a full-length Fast and Furious game.

Although everyone and their mothers (and their mothers) has made the Fast and Furious comparison, Payback is actually inspired by films like Bullitt or The French Connection, according to producer Jeremy Chubb. “It’s not just a game about racing circuits,” Chubb said. “We’re doing a Need for Speed filtered through the lens of a Hollywood blockbuster.”

Part of that inspiration can be seen in the game’s story, which seems boring and not very interesting. Even though that’s partially intentional – Chubb told me it was just “an excuse for the action” – a bad story is still bad. But you can also see the Hollywood influence in the game’s Burnout-style crash system. The enemy cars you have to take out during campaign missions can wipe out in spectacular fashion as the game slows down and depicts the crash in slow-motion. It’s kind of like the execution systems you’d see in games like Shadow of Mordor, right down to the enemy health bars dictating when it’s time for you to send these fools to clowntown.

I was concerned about the frequency of the cinematic crashes, but the game apparently has a system behind the scenes that determines whether a crash goes into slow-motion. Payback will ostensibly take multiple factors – the speed of the cars, the time since the last slow-mo crash, and how the car will interact with the game’s physics – all into account before taking control of the camera for the player. The crashes I saw looked great, but there were way too many of them; hopefully the crash determination system works in the final game. 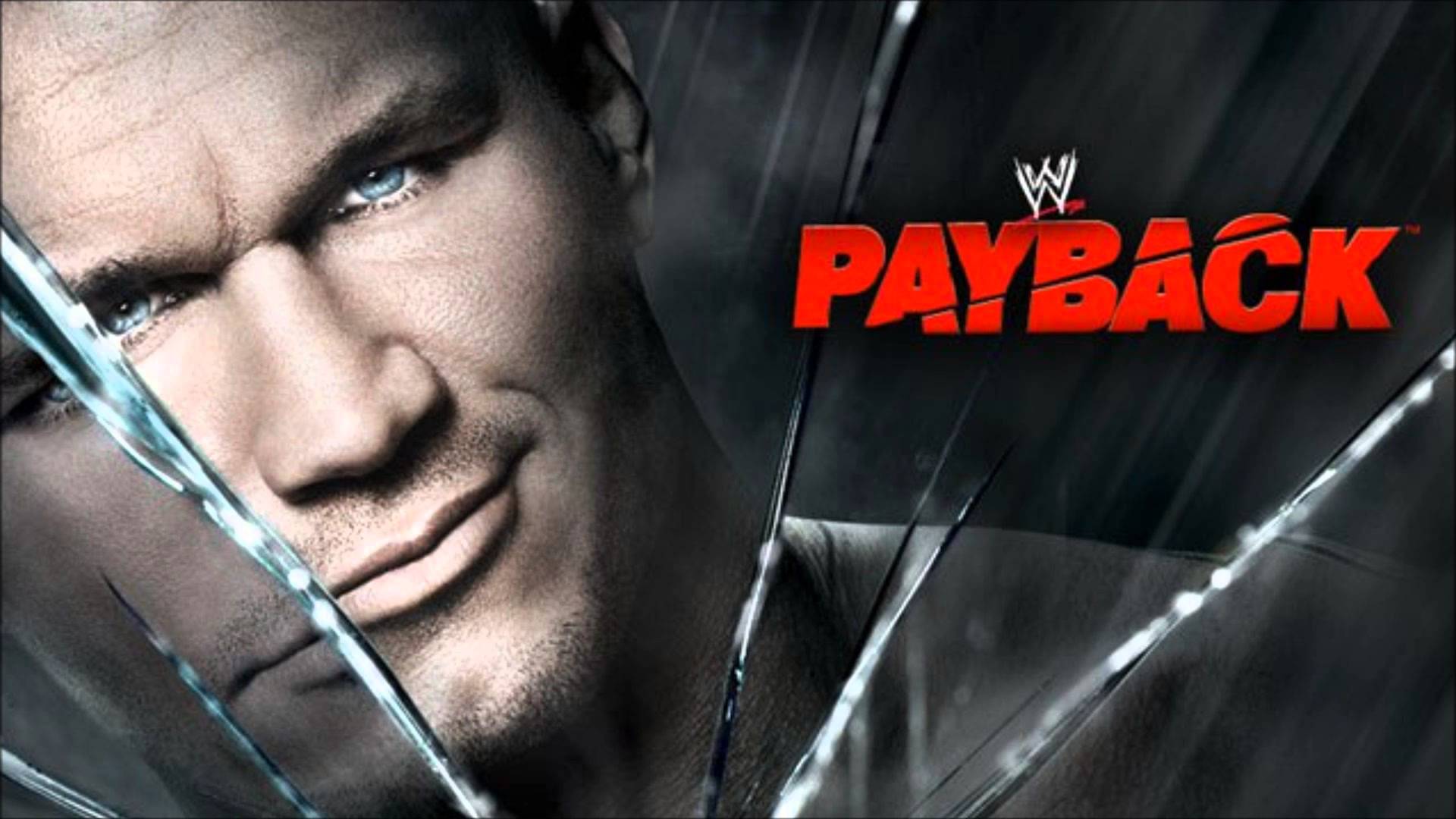 The cars handle as well as can be expected – Payback is more of an arcade racer than a full-on Gran Turismo style simulation, so there’s really only so much you can mess up – so the only real x-factor is the open world. Forza Horizon had a wide variety of sandbox activities, with plenty of collectibles, races, and challenges for players. The exhibition races where players raced against hot air balloons or trains were exciting as hell! If Payback can bring the Hollywood bombast it seeks to emulate to an open world, that could be rad. Or the open world could have a handful of collectibles and some races, all completely bereft of flavor like an appetizer platter at Applebee’s.

For what it’s worth vis a vis flavor, both Chubb and Payback designer Andy Manches seemed excited for Edgar Wright’s upcoming film Baby Driver, which is practically dripping with flavor like an appetizer plate at the Outback Steakhouse. Although Chubb and Manches couldn’t talk about the game’s licensed music lineup (another thing Forza Horizon does so well), eventually we started talking about the Baby Driver soundtrack. Chubb got really excited about the Baby Driver Spotify playlist and Manches wrote down one of my song recommendations – it’s good to know that some of the dev team has good taste.

I will say this about Payback – I tried the preview race again because I was really enjoying myself, so there’s absolutely something here. Open world racing can go real bad if the world doesn’t support balanced racing, but I had a blast with my street race, thanks to long stretches of road and properly telegraphed turns. The Nos feels immediate and responsive, the AI drivers were just challenging enough to keep my interest, and everything looked gorgeous. So Need for Speed Payback can obviously handle moment-to-moment gameplay, but it’s unclear whether the game will have any legs. I hope it does; I wouldn’t mind playing it for long stretches at a time.

Now put “Radar Love” in there and we’re golden.