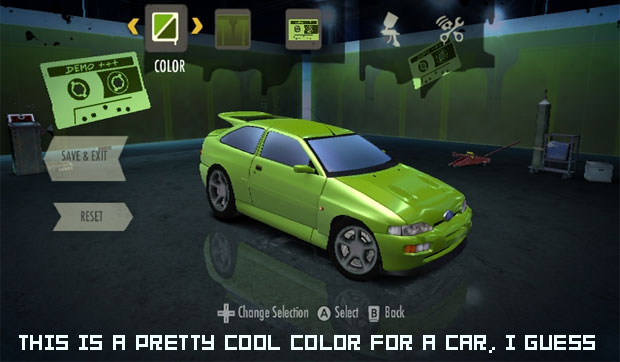 While Need for Speed: Shift may be seemingly pushed to the wayside by Forza Motorsport 3, EA’s next attempt at finding a NFS game that will stick, Need for Speed: Nitro, may find more success. It’s designed exclusively for Nintendo platforms — yes, Wii and DS — where there seems to be less stiff competition right now.

Besides getting an actual soundtrack filled with music you can listen to with your ears (viewable after the break), NFS: Nitro has managed to get its launch pushed from November 17 down to Nov. 3 (the UK gets it on the 6th), a move that rarely happens these days.

As far as I am concerned, the sooner you get your videogame out before the second Tuesday of November, the better.

Filed under... #DS#Need for Speed