The upcoming Need for Speed doesn’t have a subtitle because it wants to be the definitive game in the series, according to Craig Sullivan of Ghost Games. The developers have cherry picked the best parts of the previous subtitled games and combined them into a shiny new package, and I’m happy to report that it is pretty damned good.

Cars glisten with a permanent wetness — like your girlfriend reading 50 Shades of Grey — with large water droplets covering them, which looks a bit odd sitting in your garage but certainly helps the cars look cooler. You know what else looks really fuckin’ cool? Putting double spoilers on your car, which is one of the many customization options available. You can change the paint, front and back tires, license plate, and even the sound system. Upgrading the sound system apparently has some effect on the music in the game, though I wasn’t told what that is.

While the cosmetic customization in the build I played was deep, it was nowhere near as in depth as the beloved Need for Speed: Underground. The car tuning was fantastic and simple enough for a none car guy like myself to understand. There is a slider that allows you to make cars control more like modern games in the series (drift handling), or more like classic games in the series (grip handling). You can also manually adjust features of cars to make them control as you see fit. 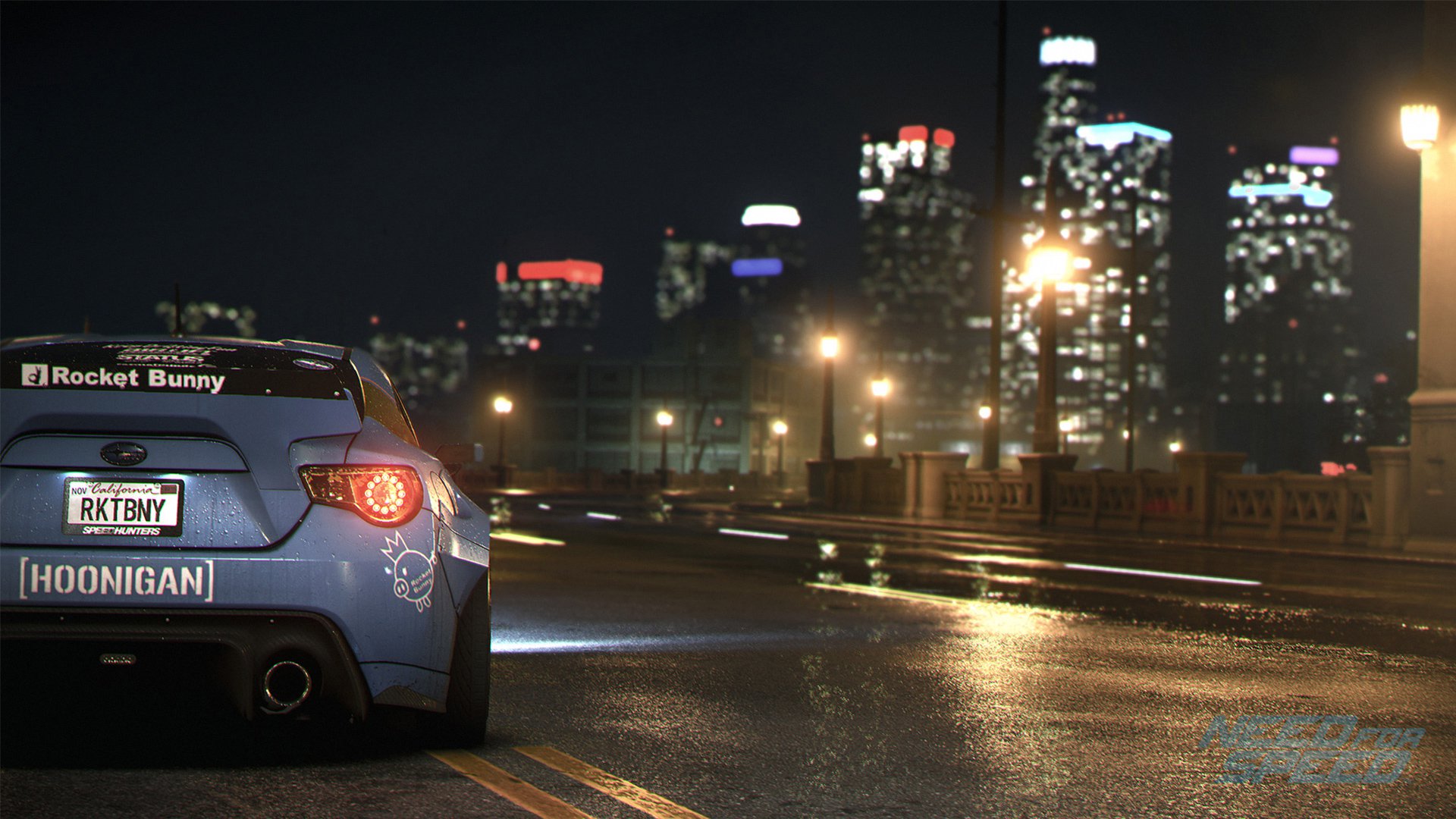 Hundreds of events are scattered around a large open world, and players just need to pull up and hit a button to start the event. Other players can fill out the roster as competing racers. Completing the events advances one of five stories based on different types of driving: speed, style, customization, hanging with your crew, and messing with the cops. It is still unclear how exactly these stories will be advanced, but story is rarely important in racing games.

Need for Speed is looking like it really could be the definitive game in the series. Get your hype engines revving.