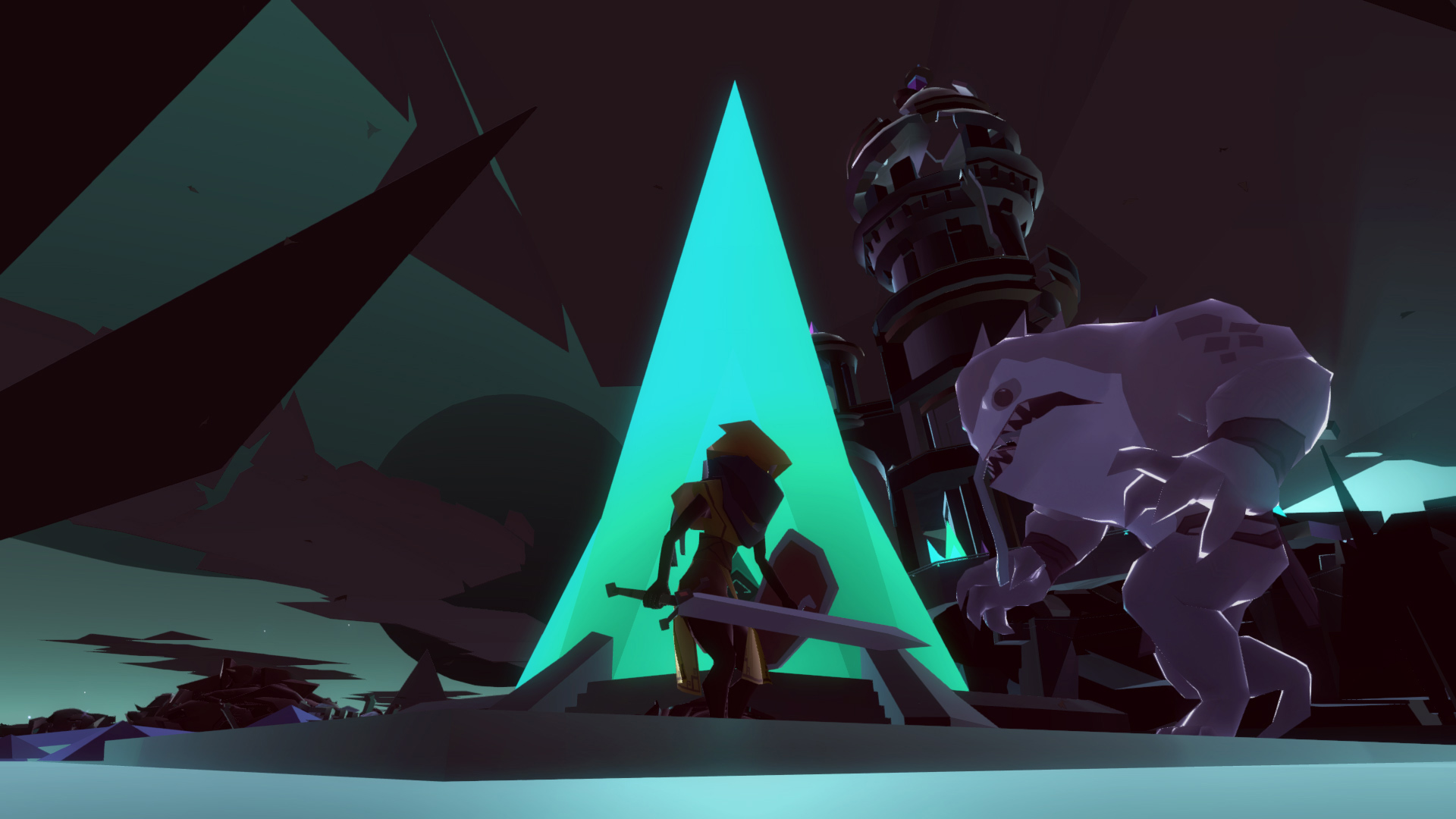 But co-op could still help bring me back around

I have long been looking forward to Necropolis, the dungeon-crawling action roguelite from Shadowrun Returns maker Harebrained Schemes. With uncertainty surrounding the immediate future of the Dark Souls series, I’m going to have to get my fix somewhere else, and this has seemed like a strong candidate. Bandai Namco is counting on it. The company is publishing Necropolis this summer on PlayStation 4 and Xbox One while Harebrained handles the PC release by itself.

Last month, I was able to try out the permadeath adventure first-hand at a pre-E3 event. We were dropped right into the thick of it, which meant plenty of trial-and-error early on. Eat too much meat for health-replenishing nourishment and you might just vomit it back up. Step on some conspicuous tiles and, yeah, you’re gonna get stabbed by spikes. Run into a room without a rough plan worked out and its many hidden inhabitants will run right into you.

That last fact took the most adjustment. Necropolis is happy to throw a bunch of spiders, heavily armored warriors, and shadowy figures your way all at once. I rarely (if ever) found myself in a straight duel or fending off against just a few foes. There were times when I had a small army of bad things chasing after me, and during those points, I had to flee until I could find better footing and hope that they’d get caught in a trap or accidentally whack each other or just plumb give up.

My strategy, if I can even call it that, more or less worked. It got me a couple of floors down in the game’s “living” dungeon (a way of contextualizing why level layouts change every time you die and have to essentially start fresh). I lived long enough to swap my sword for a killer axe and finally figured out the timing of its risky but powerful charge move. I discovered I could avoid most if not all damage by keeping my shield up, circle-strafing, and playing it real safe until a surefire opening presented itself. I had a stockpile of meat, and enough supplies to craft more. Things were looking up.

But the PS4 build I was playing on struggled to run smoothly and, eventually, it gave way to a full-on crash. We had a sort of race going in the room to see who could get the furthest in Necropolis. I thought I had a decent chance, but not after that wipe. There was no way I’d catch back up. Technical issues in preview builds are commonplace, but in this specific case, the hitches occurred regularly enough that they actually affected my sense of the combat, timing-based as it is. While I have to imagine those problems will be cleaned up by release, they made it hard to get a good read.

After my run was cut short, I fought to stay motivated for another earnest attempt, and that’s a wider concern for this game. I like the lo-fi art and presentation just fine, but I didn’t fully click with the rhythm of combat (even when it was working as intended) or find the procedural levels particularly engaging. In an experience inherently built on players trying, failing, and trying again, that’s worrisome.

Necropolis wasn’t quite what I was expecting. While I’m not ready to write it off yet — I think it’ll be far more enjoyable with a couple of friends helping out — I’m also not so sure it’s right for me.