I wasn’t sure what to expect when I showed up to try out Necrobarista at PAX last weekend. A game where you kill zombies, then use their ichor to craft novelty beverages? Or maybe something where you have to mix drinks while trying to keep your own rotting flesh from fouling them up? It turned out to be a noir themed visual novel with a heavy focus on story and a western anime aesthetic. Nothing like what I was expecting, but interesting in its own right.

Necrobarista tells a series of vignettes from the perspective of multiple characters, but the main conceit of the story involves a café located in between life and death. Spirits who’ve died recently can visit this space and get a body for one last night. The titular proprietress of the establishment, a purple-haired lady named Maddy who reminds me of Chrono Trigger‘s Lucca, has the ability to collect and redistribute these spirits’ remaining time as she sees fit. The demo I played through saw her engaging in a game of five-finger filet against a brash newcomer, defeating him and draining a couple of his remaining hours after her victory.

The game leans heavily on style, but there’s plenty to lean on. The camera shifts perspectives frequently, making the gameplay feel more kinetic than an average visual novel. There are shifts between characters as well, and the player has an impartial point of view, allowing them to focus on the parts of the story they find most interesting. Certain words are highlighted, and when you click on them they’ll pop up with additional dialogue or another story beat. When I spoke with Justin Kuiper, a writer on the game, he told me Necrobarista is inspired by point-and-click adventure games but leaves out the puzzles and pixel hunts, focusing more on exploration and seeing the story through. 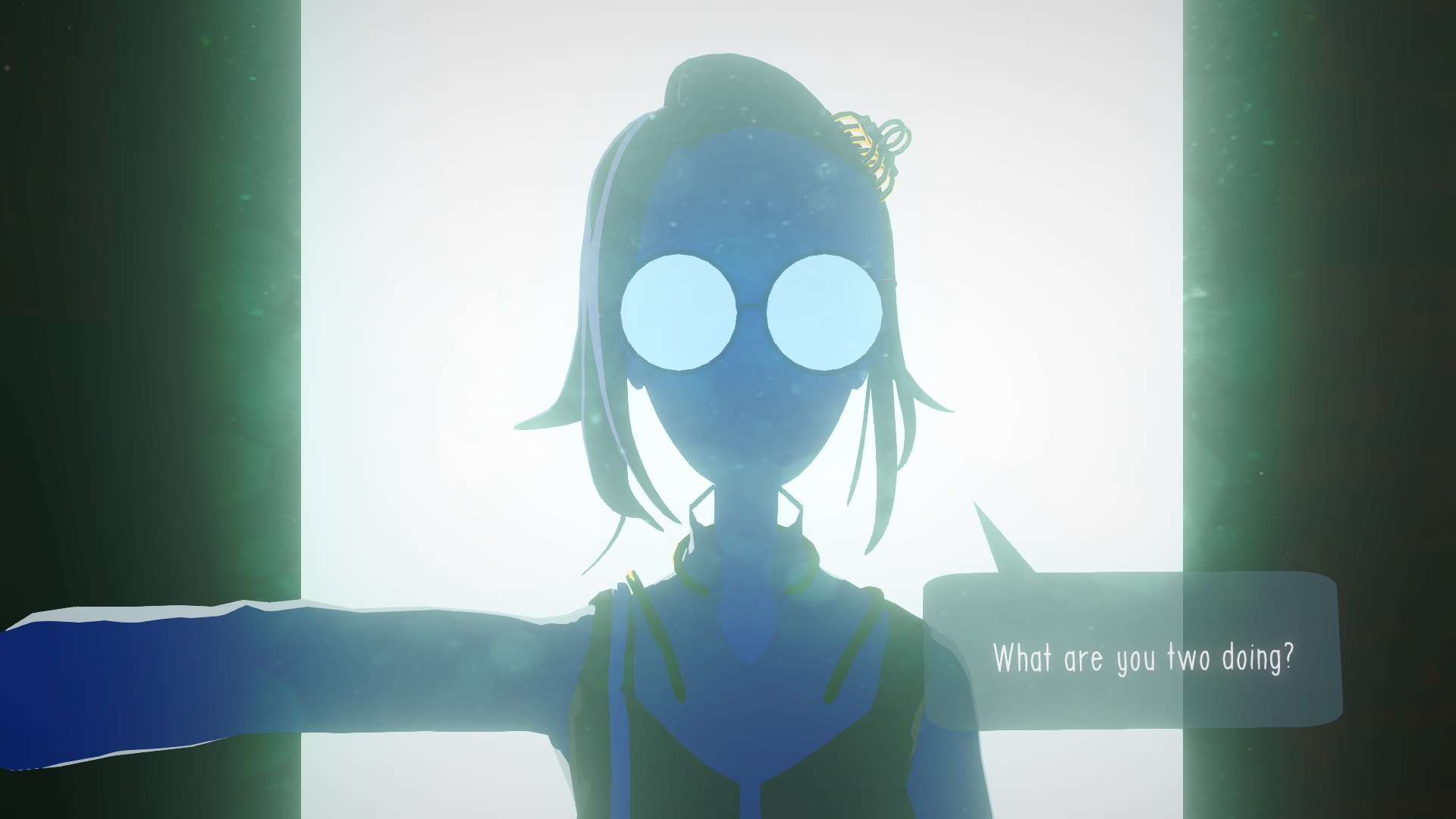 Kuiper told me an average playthrough will take about four hours, though it may take more or less time depending on how thorough the player is, and how long it takes them to read through the dialogue. Necrobarista is being developed by Route 59 games and is targeting an early 2018 release on PC, Mac, and the Switch.