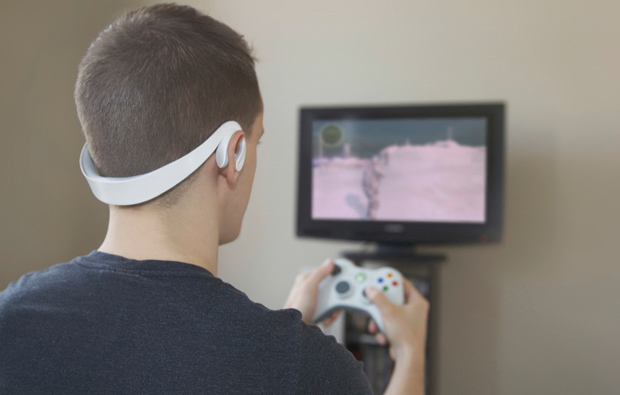 Put this tech into something more viable and I’m in

I don’t know anyone who hasn’t at one point in the life or another gotten upset at a videogame, whether that be due to bad design, an inability to play well enough, or something else entirely. Sam Matson has a novel solution for so-called gamer rage: a headset.

“Immersion” started out as an Xbox 360 controller modified to read the player’s heart rate with a pulse sensor and has since left its rough prototype beginnings to become a headset, shown above, which tracks this data via earpiece. Matson then made a first-person shooter game that changes its difficulty (fewer, weaker enemies, etc.) based on the user’s heart rate as monitored by Immersion and synced over Bluetooth.

Interesting concept for sure, although I don’t know about the practicality of wearing a device like this unless the functionality was built into, say, headphones. Most of the time, I’m a mild-mannered person — except when it comes to games. Thing is, I’m also super stubborn and wouldn’t want a game to adjust its challenge level. Gotta brute force my way through the pain.

Filed under... #Developer stuff#Hardware#Technology#Things gamers do