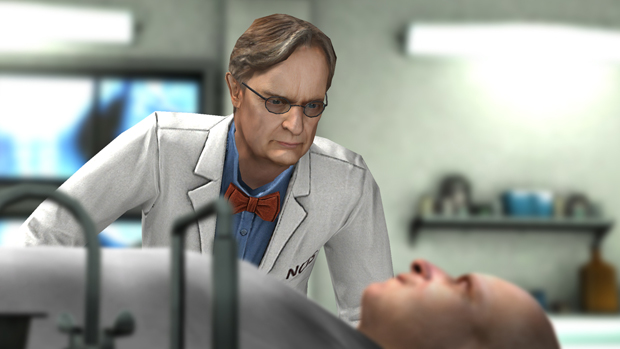 Prepare yourselves, for the popular show NCIS is coming to current generation consoles.  Stern looking characters will investigate bodies with the utmost sternness, and other such things.  If you can’t tell I know next to nothing about NCIS, but the game’s 4 cases will be written by the original writers, so at least somebody will know what’s what.

Fans of the show will get to play as the main cast, investigate crime scenes, and enjoy banter from all the show’s characters.  Little else is known about the game.  An official title does not seem to be decided upon, but Ubisoft will be making the game available on 360, PS3, Wii and PC in the fall.  Any NCIS fans out there?