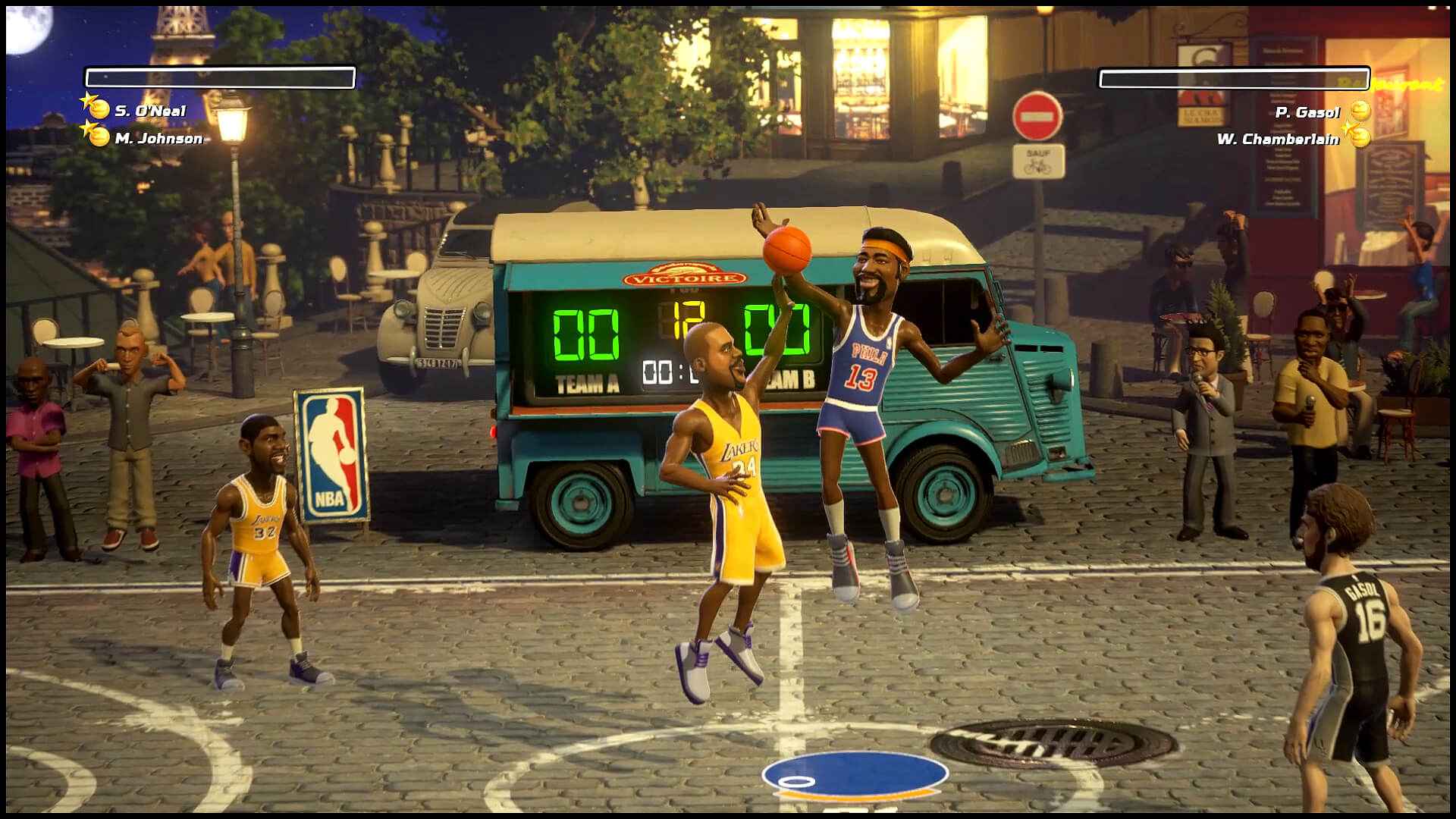 In our positive review of NBA Playgrounds, we pointed out that it’s an enjoyable game but that it’s enjoyable despite of a glut of problems. Probably the most concerning dealt with shooting the rock. Players have unique shooting animations and NBA Playgrounds asks that you release the shoot button at the right moment while never really knowing when that right moment is. It leads to a weird disconnect where NBA legends blow simple layups and dunks.

Developer Saber Interactive has spent the past few weeks getting buried by an avalanche of feedback, as players weren’t quite happy with a lot of the intricacies that NBA Playgrounds shipped with. In the past few days, a patch released that addresses a lot of these issues. (It’s out on PC; PS4, Xbox One, and Switch are coming as soon as they pass certification on their respective platforms.)

The biggest gameplay alteration focuses on how the shooting works. Now, there’s a shooting meter with red and green sections that indicates when to release the ball. Finally, players have some feedback as to why their shot didn’t go in. Before, the game would simply say “Early” or “Late” even if you felt like it was just as well-timed as the shot that went in the last time up the court.

Here’s a player-made video that shows off the new system:

As he points out early into the game, it’s nearly impossible to know what constitutes a “perfect release” under the new method. NBA Playgrounds has a quirk where it awards an extra point for the rare perfect release. Even when it’s in the middle of the slider, it still won’t necessarily be enough for the game to consider it “perfect.” However, that’s relatively insignificant compared to the fact that players will now reliably be able to tell why they’re struggling on offense.

Other changes were also included in the 1.1.0 update. Now, players can match up against friends rather than just against random online opponents. But, it’s via an arcane system of agreeing on a unique code and then simultaneously entering it to be paired up against one another. There’s no party system or direct challenging one another. There’s also a new online reputation system to punish people who intentionally disconnect; that’s a major problem that NBA Playgrounds‘ online component has had in its opening month.

Additionally, Saber adjusted the steal action to “better fit the intended gameplay.” NBA Playgrounds launched with the steal motion using no stamina, which was quickly tweaked. Now, it’s possible to steal the ball from behind, which players have had a polarizing reaction to. Alongside this, a bunch of the challenges have been made easier, including the one that required getting 15 steals in the Las Vegas quarterfinal (which was obscenely, hair-pullingly difficult even when you were trying to throw the game in service of getting those 15 steals).

Lastly, 15 new NBA players were added for free, and Shaq was put on five more rosters (Magic, Heat, Suns, Cavaliers, Celtics) instead of the sole spot on the Lakers that he used to occupy. In celebration of this, let’s watch Shaq and Charles Barkley get in a fight on television two nights ago where Shaq told Barkley that “people question why you’re in the hall of fame” and Barkley retorts with “I’m going to throw one of these chicken wings at your fat ass.”