Sports, television, videogames. NBA Live 14 is the Xbox One trifecta. The NBA Live series has long been dormant, finally reviving itself on Xbox One and PlayStation 4 this month.

The key word I kept hearing was “relevancy,” which is appropriate. It’s something the series needs to regain. EA’s ambitions, however, are not to just make a basketball that can compete with 2K at a fundamental level.

Leveraging a partnership with Synergy Sports, NBA Live boasts a constantly evolving game that will reflect the real life NBA season with hours of actual games being played. Really living up to the Live name, I guess. 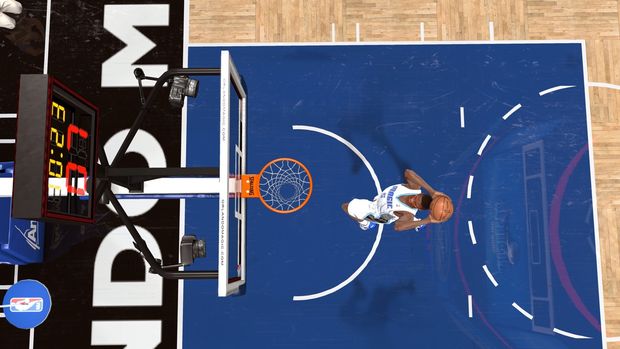 Yes, unless you keep your Xbox One offline, in-game player stats are going to automatically change to reflect how the player is playing in our squishy meat space. If the’yre ice cold on the perimtere, that will be reflected. If they tweak an ankle and suddenly are less effective driving, that will be reflected in player performance. No more ranking czars arguing over who’s an 81 and who’s an 82.

If your favorite player is stinking it up in real life, you might perpetuate your anger trying to play them in the virtual world.  EA will even be updating players with haircuts and shoe choice throughout the year.

You can take advantage of this ability chronologically, in Live Season, but these player ratings also reflect in the standard Tip Off, which automatically suggests as the two teams your set favorite team and whomever they’re playing that day.

Aside from player performance, within hours of games NBA Live will offer “Big Moments,” challenges that can last, “from ten seconds to a whole game” and reflect real life situations. Madden Moments, basically, but playable within hours of the moments occurring in real life. 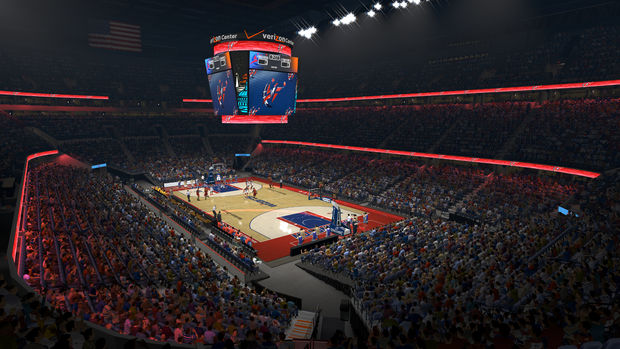 NBA Rewind act as snapshots of history. In it, you can play all the games of last season with all the correct player personnel and stats variance as if the new ratings system had been implemented then. The individual game situations of this season will be recorded, too, and playable. If your team loses a key player halfway through the season, you can always go back and play games from the first half of the season instead of facing your problems.

When the season ends, player ratings will freeze as a sort of snapshot of where the teams are at that point, but you can always go back and relive better parts of the season. Teams that continue into the playoffs may get additional daily challenges as well.

Other game modes will be available, including Rising Star, Dynasty (up to 30 years as a General Manager), and various head to head options (quick play, full seasons, best of seven series). The awful Ultimate Team idea is jumping ship from other EA Sports properties as well.

Full defensive coaching options are available for the first time in the series and the soundtrack will also see periodic additions throughout the year. The latter is kind of great news. Sports game soundtracks get stale with a quickness. 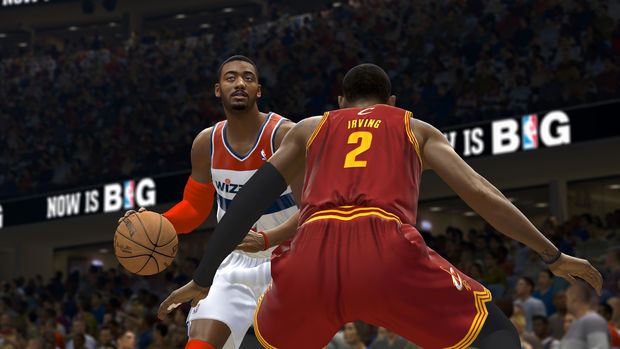 Let’s not forget television, however!

NBA Live 14 features ESPN broadcast integration. Mike Breen and Jeff Van Gundy provide play calling while Jalen Rose acts as the studio and game host. Rose will also serve as host of a weekly update program, “discussing all the latest NBA news, roster moves and biggest performances of the week.” This includes commenting on the top NBA Live 14 players — those who perform best on the daily challenges, and so on.

I feel so bad for former NBA star Jalen Rose having to sit there and praise nOsCoPeKiLlaHx420 for his NBA Live 14 skills.

I didn’t have enough hands-on time to sufficiently weigh NBA Live 14, particularly against its fabulous counterpart, NBA 2k 14, but Live feels a heck of a lot better than it ever did. The next console generation has greatly opened up ball physics, firm footwork. The ability to chain moves while dribbling (star players have signature moves) without ever being stuck in an animation isn’t a stunning leap, but it feels a lot better than past iterations in the franchise.