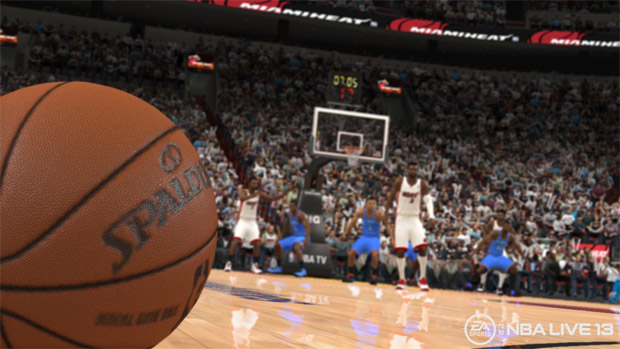 It seemed pretty crazy to me that a high-profile release like NBA Elite 11 would get canceled so close to its launch date. I suppose the decision must have been the right one — or at least not so disastrous that it could not be repeated — because another major basketball game from Electronic Arts, NBA Live 13, has just been canned.

“After a lot of consideration, we have made the decision to not launch NBA Live 13,” writes EA Sports executive VP Andrew Wilson in a blog post. Despite “moving the game to a new studio” and “[launching] an even deeper level of engagement with our community to gather more feedback directly from fans,” it simply wasn’t enough given the team’s time frame.

“We also made a commitment to deliver a high quality experience — this is what our fans expect and what we demand of ourselves at EA SPORTS. But making great games is not easy, and we’re just not there yet on NBA Live 13,” he continues. “Having continued to look at the game over the past few days, it’s clear that we won’t be ready in October. And rather than launch midway through the season, we’re going to sit out the full year and stay focused on making next year’s game great. This decision puts us on the right track for success well into the future in a rapidly changing industry.”