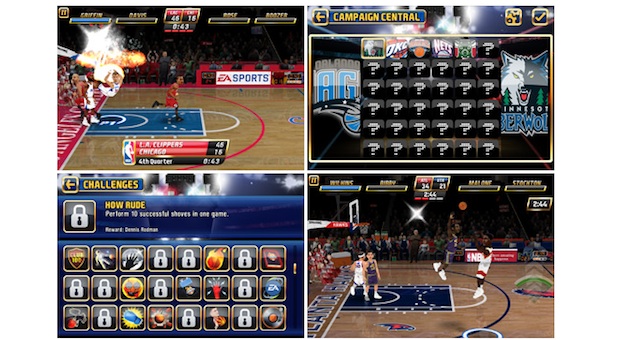 The arcade hit of the 1990’s is now an iPad game, complete with all 30 NBA teams and the original play-by-play announcer. There’s the classic campaign mode, an instant start game called Play Now, and local multiplayer over Wifi or Bluetooth, with both the iPad and iPhone versions.

EA hints at some secret players that you can only play on the iOS versions of NBA Jam.