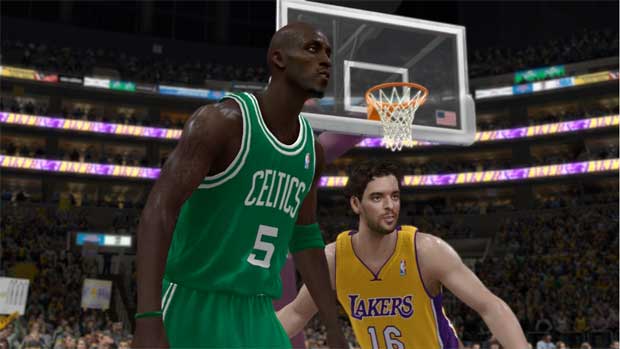 Wondering just what EA Sports is doing with its “NBA Live reboot” NBA Elite 11? Find out for yourself — there’s a demo available now on Xbox Live Marketplace (provided you’re a Gold subscriber) and PlayStation Network.

The demo will give you the first hands-on with the game’s new “Hands-On Control,” along with the chance to play ball during the 4th quarter of the 2010 NBA Finals between the Lakers and the Celtics. The demo also features access to the game’s practice mode and the ability to create a character in the “Jordan Draft Showcase.” The latter will allow you to start earning XP which you’ll be able to carry over to the final game when it ships in October.

EA Sports has also announced that the entirety of the NBA Elite 11 soundtrack has been created by producer and DJ 9th Wonder and MC J. Cole. The first artist to be signed to JAY-Z’s Rock Nation label, J. Cole will provide the game’s title track, “The Plan.”

NBA Elite 11 is out October 5. Had a chance to try out the demo? Do you think it’s a step in the right direction for EA basketball?