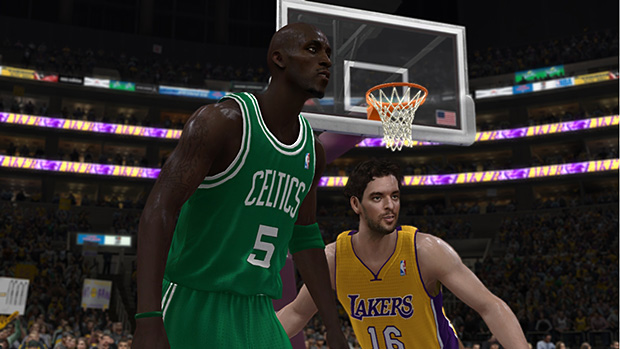 In an unprecedented move, EA Sports has delayed indefinitely the release of NBA Elite 11, the reboot of its simulation basketball franchise formerly known as NBA Live. The game was originally scheduled to launch on October 5th, a week from tomorrow. In a statement posted earlier today on his blog, EA Sports president Peter Moore said that Elite is “not yet ready,” citing the “extremely ambitious goals” that the publisher had for the game, as well as a desire to “keep working until we’re certain we can deliver a breakthrough basketball experience.”

As with all of our titles, we continue to evaluate and improve the code right up until launch. Feedback from consumers is a very important part of the process. NBA ELITE had the benefit of play-testing, a demo and a lot of our own research. All that feedback revealed some concerns about gameplay polish, so we’ve listened to your feedback, and made a judgment that the game would benefit from more time in development.

EA Sports is still releasing NBA Jam on the Wii next week, and in a silver lining to the dark Elite cloud, the HD version of the game that was only going to be available as a pack-in with Elite will now be sold separately for PlayStation 3 and Xbox 360 “in time for the holidays.” Moore did not mention a price point, and it’s not clear if the standalone HD-console releases will be sold digitally or at retail. And since NBA Jam is coming out on PS3/360 by itself, I’m also wondering if the HD version will still be a scaled-back version of the Wii game.

As bad of a PR move as this delay might seem, it’s much smarter to at least attempt to bring Elite up to snuff instead of knowingly shipping a game that’s sure to get slammed, especially with EA trying to start anew with Elite after disappointing sales of Live. I can’t remember the last time an annual sports release missed its launch (traditionally scheduled for three to four weeks prior to the start of the respective sport’s regular season), but the 2010–11 NBA season will begin on October 26, 2010, so let’s see if three weeks is enough extra time in the oven for NBA Elite 11.