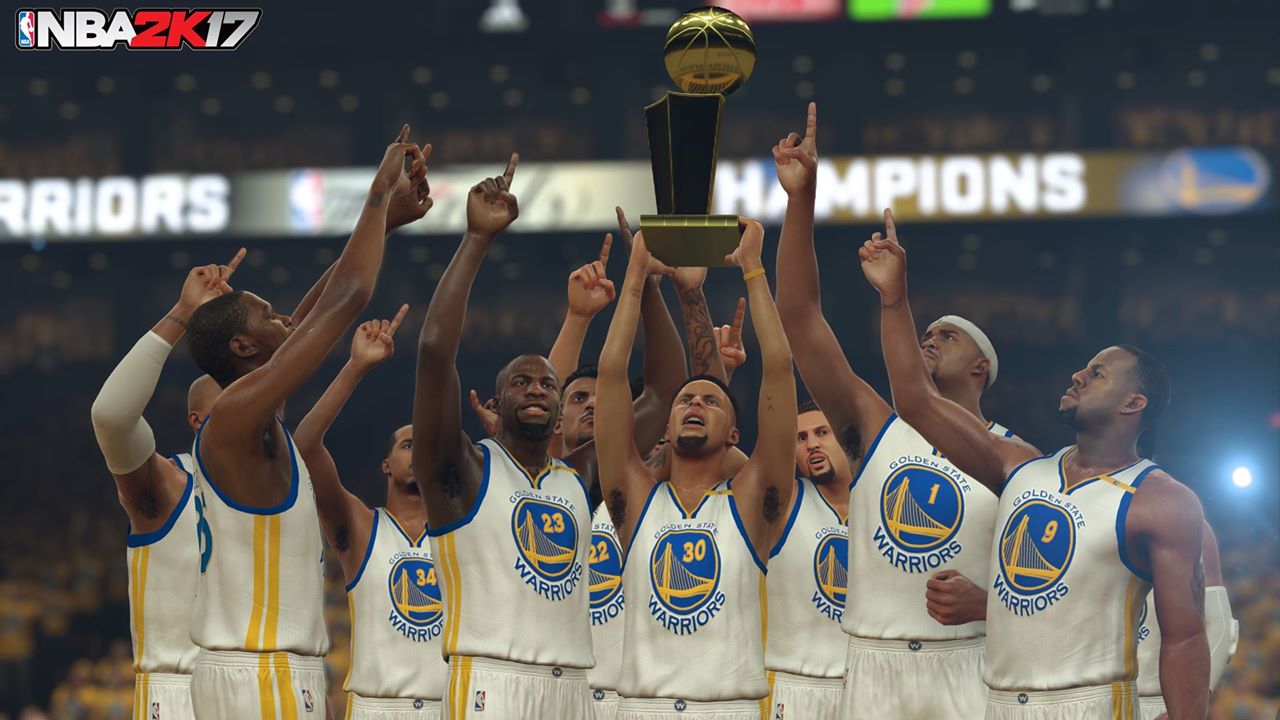 A nail biter ’til the end

2K has simulated the NBA Finals in NBA 2K17, giving the championship to the Golden State Warriors following a Game 7 blowout led by a 41-point effort from Kevin Durant.

The Cleveland Cavaliers and Golden State Warriors face off tonight at 6PM PST for the third-straight year. Two years ago, the Warriors won. Last year, despite Steph Curry’s insane 3-point shooting and the Warriors having the best record in NBA history, the team managed to blow a 3-1 lead and lose the NBA championship. It was rough. For me personally, it was only slightly helped by the fact that I was in LA for E3 during the loss and could assuage my spirit with a shit ton of free booze.

This meeting has been preordained and the interminable, wasting wreck of these “playoffs” has only been in sacrifice to what we are about to see. I don’t see how the Cavs can win, but I thought that last year, too.