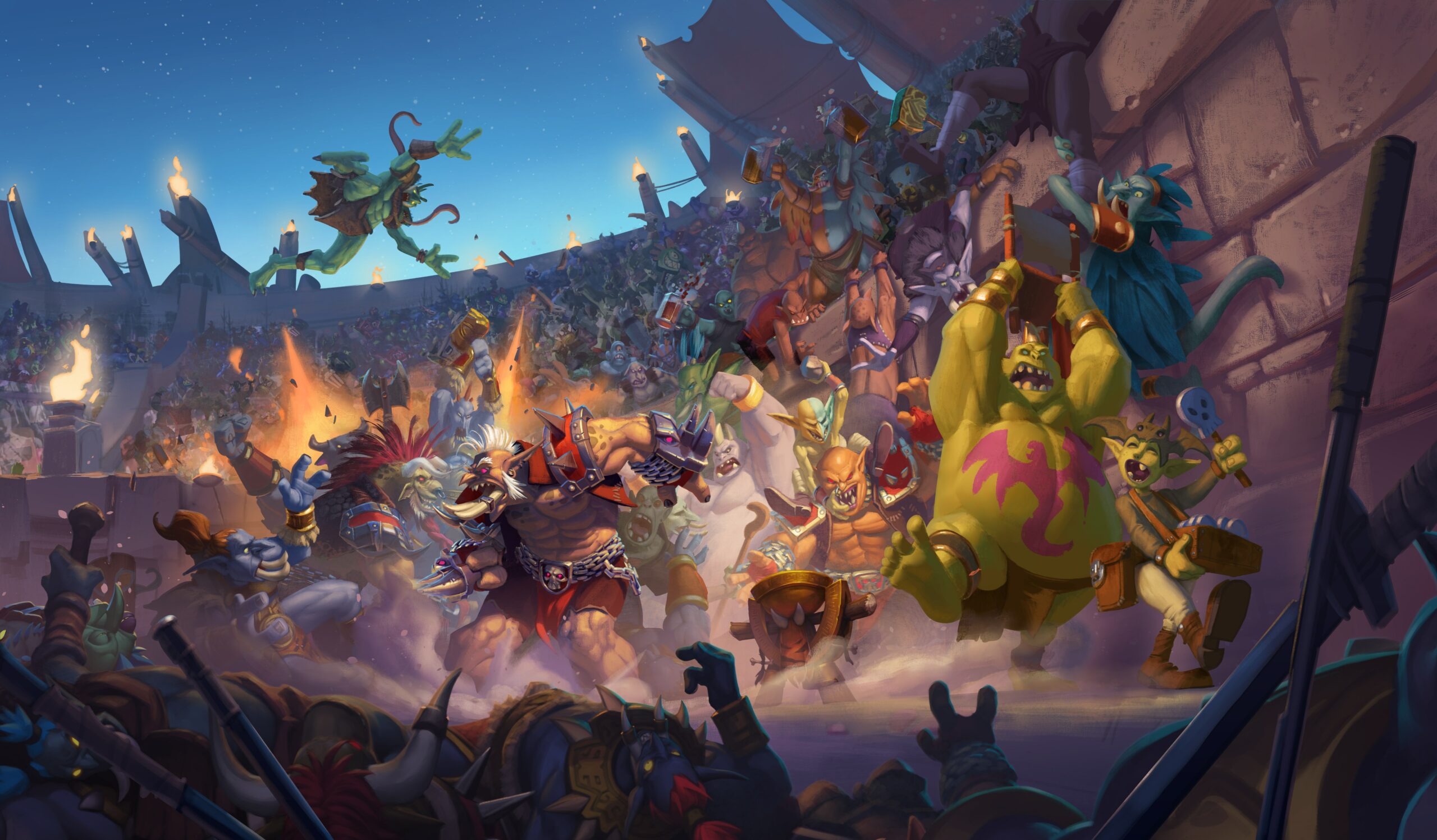 With each new Hearthstone expansion comes a large number of fancy new cards to play with and endless possibilities for new decks. Between your wallet and your Arcane Dust, it’s almost impossible to get every card you want from the latest expansion, Rastakhan’s Rumble.

I’m here to provide you with optimised budget decks for each class. They are a great way to excel on the ranked ladder without having to invest in a full card collection. They are also a great choice to play in the early days of a new Hearthstone expansion, where the metagame changes daily and seemingly good decks from the early days often turn out to be quite bad, allowing you do enjoy playing the expansion while saving up your hard-earned Arcane Dust to craft cards once things become a bit more stable.

Treant Druid is a newer archetype in Hearthstone that has been receiving an increasing amount of synergy cards from expansions throughout the year. The latest addition, Treespeaker, allows you to turn your little Treants into big beefy ancients that strike fear into your opponents. As with most board-flooding decks, it makes for an excellent budget deck in our Budget Treant Druid guide.

If you received Gonk, the Raptor as your free Legendary Loa from the Rastakhan’s Rumble expansion, then it is a bit too niche to fit into any of our budget decks. However, if you are itching to use it, and have some Arcane Dust to spare, you can try out our Gonk OTK(one-turn kill) Deck.

Beast Hunter decks have existed since Hearthstone’s earliest days. With so many Beast synergies available, it is something most new players will attempt to build when trying the Hunter class. However, Beast Hunter has historically not been strong as a standalone deck and only the strongest Beast synergies have seen play as parts of other Hunter archetypes. All of this has changed in the new expansion. The latest additions of the Spirit of the Lynx and Untamed Beastmaster cards give our Budget Beast Hunter Deck what it takes to stand on its own two feet.

If you have been lucky enough to unpack Halazzi, the Lynx as your free Legendary Loa card for the expansion, it is an excellent fit for your Budget Beast Hunter Deck.

Elemental Mage is not a brand new concept to the game. The archetype was primarily pushed in early 2017 as part of the Journey to Un’Goro expansion. It relies on consistently playing an Elemental each turn in order to gain access to powerful Battlecries. The archetype was always too slow to become a truly competitive deck, but the latest expansion has gone a long way to helping that with a new card, Elemental Invocation. Elemental Invocation reduces the Mana Cost of your new Elemental and allows our Budget Elemental Mage Deck to storm onto the board and dictate the pace of the game.

If you unpacked Jan’alai, the Dragonhawk as your free Legendary Loa from the Rastkhan’s Rumble expansion, you can try fitting into your Elemental Mage deck to see one of the most powerful Elementals, Ragnaros, the Firelord. However, if you are feeling particularly adventurous and have a lot of spare Arcane Dust, you can make excellent use of Jan’alai in our Odd Mage Deck.

Odd Paladin has been a staple deck in the game that has seen a large amount of play since the release of The Witchwood expansion earlier this year. It uses exclusively Odd-Cost cards in order to can an upgraded Hero Power that can be used to constantly populate the board with small minions at no Cost. Unfortunately, it has received no new cards from the latest expansion, but it remains one of the cheapest and most accessible Budget Paladin Decks in the game.

If you unpacked Shirvallah, the Tiger as you free Legendary Loa card for the expansion, there is an alternative budget option available. Budget Holy Wrath Paladin uses a range of spells to stall the game while assembling a powerful combo to kill opponents in a single turn.

Miracle Priest has seen play on and off over the past two years. The Journey to Un’Goro expansion uncharacteristically provided Priests with multiple powerful spell-synergy cards. New cards from the Rastakhan’s Rumble expansion build on that. With huge Taunt minions that get cheaper for every spell you’ve played that game and additional spells to duplicate them, you can be slinging spells like no other with our Budget Miracle Priest Deck.

If you unpacked Bwonsamdi, the Dead as your free Legendary Loa from the Rastkhan’s Rumble expansion, you can try adding it to your Miracle Priest deck along with the new Spirit of the Dead for some additional fun to keep shuffling in and drawing 1-Cost minions from your deck.

Pirate Rogue decks have existed in the shadows since the early days of Hearthstone. With Rogue’s ability to easily make weapons and Pirate’s synergy with them, it has always been a natural fit. However, that is as far as the synergy used to go. New cards from the Rastakhan’s Rumble expansion have given Rogues the ability to continually draw cards and assault opponents with a Barrage of Pirates, as seen in our Budget Pirate Rogue Deck.

If you got Gral, the Shark as your free Legendary Loa from the expansion, you can add it to your Pirate Rogue deck for an extra mid-game punch.

Aggro Shaman decks rush down opponents using a mix of cheap minions, high-durability weapons, and burst-damage spells and were once one of the most dominant decks in the game before many of their most powerful cards rotated out of the Standard format at the beginning of 2017. However, the latest expansion has provided new weapons, spells, and minions for you to start pointing at your opponent’s face once again in our Budget Aggro Shaman Deck.

If you received Krag’wa, the Frog as your free Legendary Loa from the expansion, it is a great addition to your Aggro Shaman deck, allowing you to keep hitting your opponent with spells for longer.

Zoo Warlock is one of Hearthstone’s most well-known decks and has stood the test of time. It aims to use a range of cheap and stat-efficient minions to populate the board and rapidly snowball out of control as it rushes down opponents. It has unfortunately not received any new cards from the latest expansion, but remains one of the strongest and cheapest Budget Warlock decks around.

Hir’eek, the Bat is arguably the weakest of the free Legendary Loa cards given out during the Rastakhan’s Rumble expansion. However, it can still be a reasonable choice for your Zoo Warlock deck, especially if you add in a couple of copies of Spirit of the Bat alongside it.

Beast and Warrior are never two words anyone would expect to hear in the same deck, but the latest expansion proved otherwise. By carefully choosing specific Beasts with the Rush effect, Warriors can consistently draw and buff them to strike down opponents in our Budget Beast Warrior Deck.

If you received Akali, the Rhino as your free Legendary Loa from the expansion, it is another Beast with Rush that is an excellent late-game threat for your Beast Warrior deck.

[Icy Veins is part of the Enthusiast Gaming Network! Gather around the fire as they share their best Hearthstone decks.]