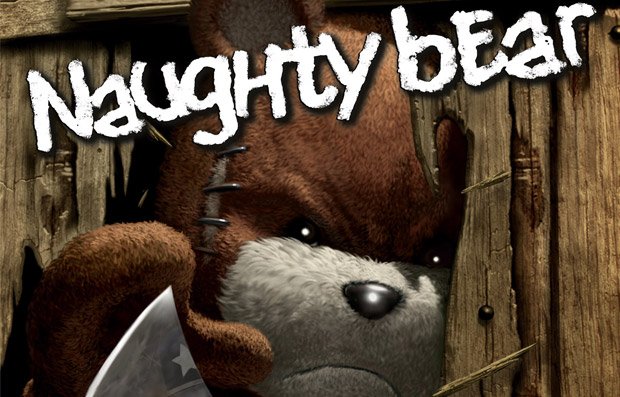 The cover art for Naughty Bear is what happens when American Psycho and Child’s Play have a baby. It’s not exactly a sight for sore eyes, but it doesn’t have to be, either. In fact, the only way it could be any better is if they went one-hundred percent in the other direction: rainbows, frolicking bears, flowers, etc.

Since this happens to be a game about a stuffed bear going on a murderous rampage, mission accomplished on the art, I’d say. Even if Naughty Bear gets a budget price, I don’t think most of the world will be ready to try such game concepts yet.

The rest of us, though. We are so ready. Expect to see bargain bin sections of every store ever packed with copies of this game a month or so after it debuts. It’s going to look like an army of creepy bears are staring at you with their lifeless black eyes.