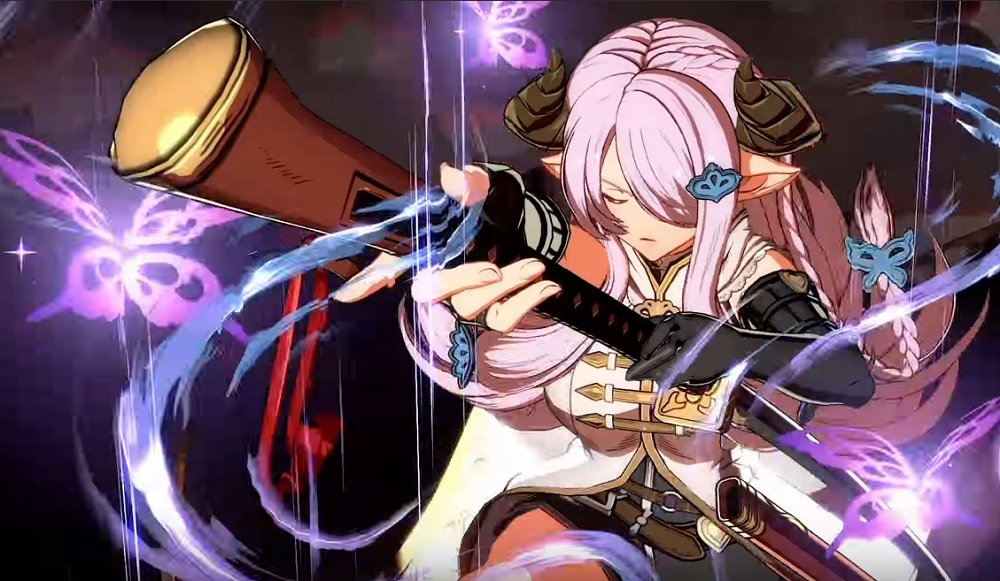 Arc System Works’ stunning fighter Granblue Fantasy: Versus has announced the coming of its second DLC character, the friendly-but-fearsome swordswoman Narmaya, who will be made available to purchase worldwide on March 3 – incidentally launch day for the game’s North American release.

Narmaya’s charming presence and diminutive stature belie her incredible skills in battle. As part of a family whose goal is the mastery of every fighting style known to man or woman, Narmaya’s sword technique is above reproach, allowing her to deal huge damage at close range, or fend off her assailants with stylish ranged jabs. Despite her frighteningly effective abilities, Narmaya is a delight to know, with a personality bursting with warmth and friendliness – almost to a fault.

Narmaya will be made available to purchase on March 3, alongside the devilish Chaos Bringer, Beelzebub. Both characters can be purchased separately or are included as part of the Granblue Fantasy: Versus Character Pass. As a reminder, Beelzebub can also be unlocked in game for free by completing the Story Mode.

Granblue Fantasy: Versus launches on PS4 in North America March 3, in Europe on March 27, and on PC worldwide March 13.