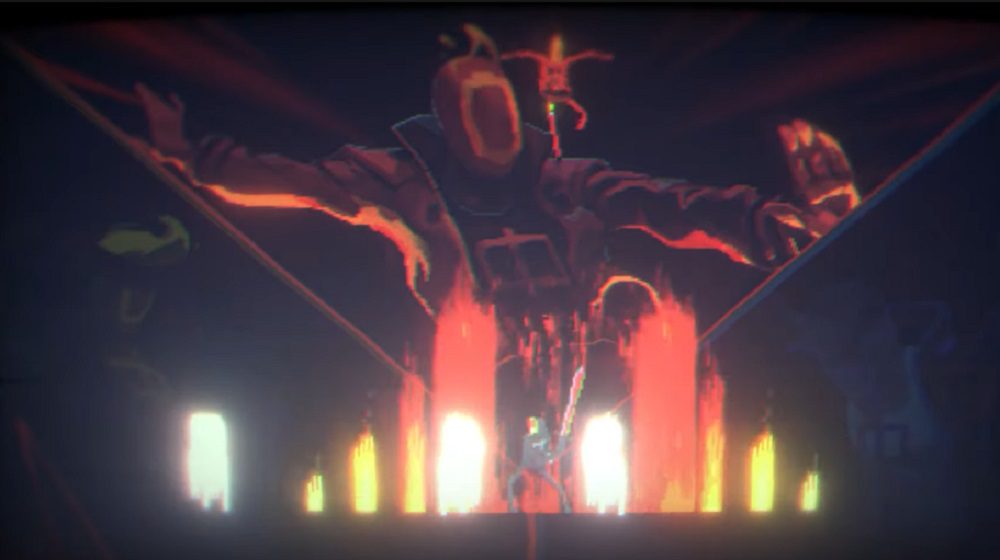 Now this looks like something well worth keeping an eye out for. Team17 has announced that its mind-melting techno title Narita Boy will be ready to invite you into its alien digital Eden on March 30, when the side-scrolling actioner launches on PS4, PC, Xbox One, Nintendo Switch, and the Game Pass service.

Developed by Barcelona’s Studio Koba, Narita Boy sees the titular hero battle their way through The Digital Kingdom, fighting off rogue code and other enemies on a quest to liberate the computerized realm and learn the secrets of its ultimate overseer – The Creator. Wield the Techno-Sword against your enemies and free the pixels from virus, corruption, and deletion.

Described as a “heartfelt love story to the 1980s,” Narita Boy features a blend of classic gameplay styles buried deep within a huge world of pixel art and a bass-busting synth soundtrack. While “taking it back to the ’80s” is – admittedly – becoming a little played-out in gaming, Narita Boy strange, even psychedelic world looks like it could certainly deliver the goods when it finally arrives next month. Better dust off that light cycle.