Last year during Game Connection Europe, Steven had some special hands-on time with developer Honor Code, Inc’s upcoming underwater survival horror title Narcosis. As a psychological-horror survival game, players find themselves vulnerable and alone on one of our planet’s most mysterious environments, the deep ocean. And with this setting that’s equally unexplored within the gaming medium, a horror title is an intriguing proposition. Steven agreed.

In a recent meet-up with the developers, I spent time with an updated build of the game using the Oculus Rift. The developers hope that the technology will help amplify their harrowing journey to the depths of the ocean. During my hands-on, I found that exploring the unknown is equally as tense as facing the mysterious creatures that inhabit the lowest points on Earth.

With the elements against you, and no help on the way, you’ll have to fight to survive the horrors of the deep ocean.

Set at the bottom of the Pacific Ocean at an underwater research center, you play as an industrial diver who must fight for survival after a sudden and catastrophic accident leaves him stranded and alone. With the research center mostly destroyed and its crew killed, the lone survivor must retrace his steps and find a way to the surface. But with horrifying underwater predators roaming the surroundings, and a damaged diving suit with diminishing oxygen, the diver must keep a strong head — or else nature or even his own wavering psychological state could overcome him.

Referred to as a “slow-burn” experience by the creatives behind the game, this ‘survivor-story’ features a more atmospheric take on traditional horror titles, blending the show-don’t-tell school of storytelling from Gone Home with the dread and somewhat other-worldly feel from Silent Hill. Humanity has only explored a small percentage of our planet’s oceans, and with many aquatic environments and creatures left undiscovered, it’s an incredibly interesting and captivating place to explore for a horror experience.

On the surface it seems just like the film Gravity set underwater, and while that’s not too far off, there’s a strong focus on setting and interaction with the elements. We don’t really get too many games set in the depths of the ocean, let alone a horror game taking place on the sea floor. And Narcosis definitely does a lot to play up the mystery and isolation to a very tense and anxious effect. Speaking with David Chen, the lead writer for Narcosis, he spoke at length about how they sought to convey their interpretation of survival horror. 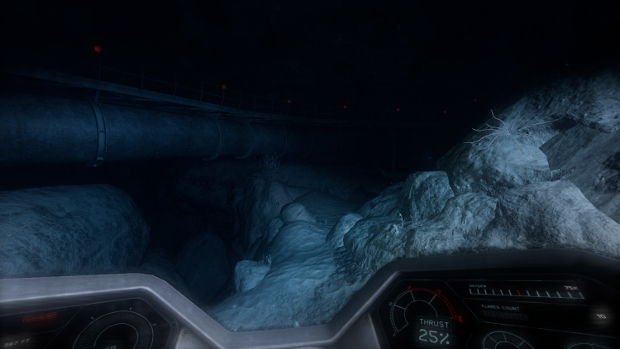 “We’re kinda struggling to label the game, as it has many of the hallmarks of survival horror,” said lead writer David Chen. “There are no zombies or a viral outbreak, it’s really about seven or eight hours of this guy trapped at the bottom of the ocean. So we think it’s a really, relatively unique premise for a game, as a lot of other titles have you saving the world, revenging your family, or bottling up some ancient evil — but here, you’re trapped alone in the dark on the bottom of the ocean.”

While underwater gameplay is almost notoriously awful in most games, Narcosis does the smart thing by keeping it simple. Movement is slow and hulking, which makes sense as you’re wearing a heavy diving suit under large amounts of pressure from the ocean. Walking is your top-speed, but with the aid of charge pack, you can boost for short-distances. As you maneuver around the ocean floor and the ruins of the research center, you’ll have to be mindful of your surroundings as there are many dangers ahead. With only your suit lights and some flares giving you clear vision, you’ll often times find yourself in total darkness. Moreover, you’ll have to monitor your oxygen and health levels, which can be restored by pickups found in the debris.

By far the biggest threat is the presence of underwater predators. Resembling nightmarish squids and over-sized crabs, these creatures stalk for prey, and they see the diver as their next target. Some creatures are large in size, which may require you to evade their gaze. While you have a knife to defend yourself, attacking with it is slow and somewhat clunky — which of course is by design, as the weight of the ocean and your suit makes movement slow. During one encounter, I came across a squid creature that nearly destroyed the diver’s helmet with its powerful tentacles. Using a well-timed knife attack, I was able to strike it down as it charged at me. 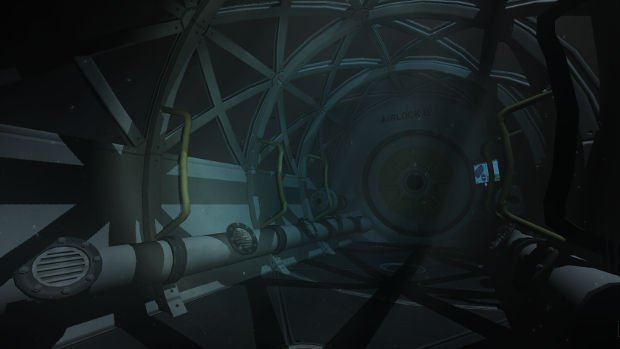 But of course, there’s yet another issue to contend with. Given his perilous situation, and the fact that the diver only has his thoughts to keep him company, his psychological and emotional state can often become compromised. As you maneuver through the disturbing, alien landscape of the dark and claustrophobic ocean floor, and through the horrific aftermath of the destroyed research center, the diver’s mental state will begin to decay, which gives rise to horrifying hallucinations.

During my exploration of the research center, I had to trek through the remains of the station to look for clues to reach the surface — all the while avoiding predators that have taken up residence, and finding the floating remains of the scientists and divers that died in the accident. With oxygen getting low, and finding many empty diving suits eerily standing up in hallways, as if they were looking at me, I finally came to a small room which housed four suits.

Once I stepped in, I looked around for any clues, but I soon realized that the door had disappeared, and I was suddenly surrounded by diving suits, all staring back at me with their blank and empty helmets. As I kept turning, looking for a way out, I found that the room had suddenly given rise to a narrow hallway, with parallel rows of diving suits on each side. Each of them were facing each other in a somewhat ceremonial fashion, as if they were greeting me or welcoming me back home. Once I reached the end of the hallway, I finally found my destination: a small room housing computers with sensitive data. Once I turned around, the hallway and many diving suits weren’t there; the lone survivor had just simply stepped into the room. 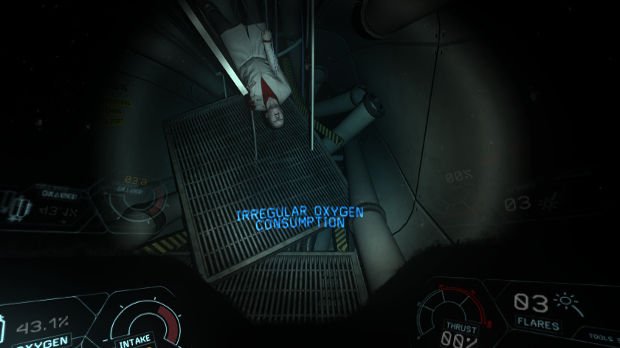 Referred to as “Narcosis moments,” there will be times when the diver’s paranoia warps his perception, resulting in surreal moments that blur the line between reality and imagination. Bare in mind, I playing with the Oculus Rift during the demo, which made me so incredibly anxious. Moreover, this was all happening in real-time with no cutscenes or breaks. It was like witnessing some strange trip that wouldn’t end. As I got more nervous, the sense of dread kicked up significantly, which made exploration all the more tense. While Narcosis is totally playable without the use of virtual reality, the developers found that the new technology helped to amplify a lot of the visual and atmospheric moments they created.

“It’s a narrative-driven game, it’s a story-based game, so we want to have appropriate emotional beats,” Chen continued. “It’s not intended to be a relentless freakout, but as the game has developed with VR, we discovered ways to try new things with it, as opposed to the more obvious ‘aaaaaahhh’ [motions jump-scare] moments. […] While we definitely have some freaky stuff, we’re trying to be more tasteful.”

Even during my fairly brief session with Narcosis, I was quite impressed with the VR. As opposed to relying on horror tropes and gimmicks, such as jump scares or stalking foes that appear all-knowing and invincible, this title lets the environments and its clever visual tricks do all the talking. I felt nervous during key sections, and knowing that only a few hits from predators could destroy my suit, simply hesitating and watching my oxygen meter sink was stressful.

Set for release later this year, Narcosis is an intellectual and subdued take on survival horror. Which isn’t all that common today, given that we’re often using guns and other gadgets to overcome enemies. Going more for a general experience rather than a super ‘gamey’ affair, it seeks to show that the horrors of the deep ocean, and nature itself, are an uncaring and unwavering force that outmatch man on nearly every level. And there’s certainly no greater foe than nature itself.