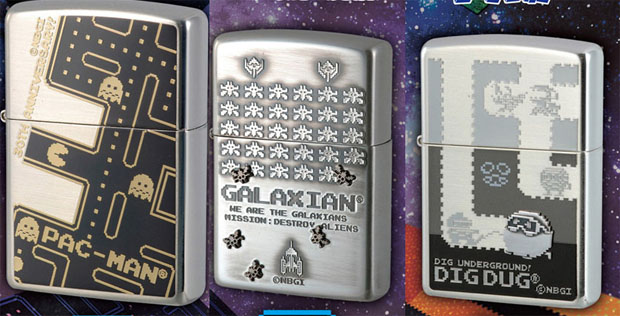 While these Zippo lighters won’t top the Sega console versions we showed you earlier, they all still have me considering taking up smoking so that I may have an excuse to carry one of these around.

For my money, the Dig Dug one is the winner. I’m the biggest Dig Dug fan around. It looks fantastic, too. The Galaxian one, with its slick engraved surface, is no slouch either. These lighters were created by Banpresto in Japan. They’re all limited edition releases, made to celebrate Pac-Man’s 30th anniversary next year.

Like the Sega console lighters, you’d really need to be a fan of the games, as these will cost ¥8,400 ($93) when they’re released in Japan.