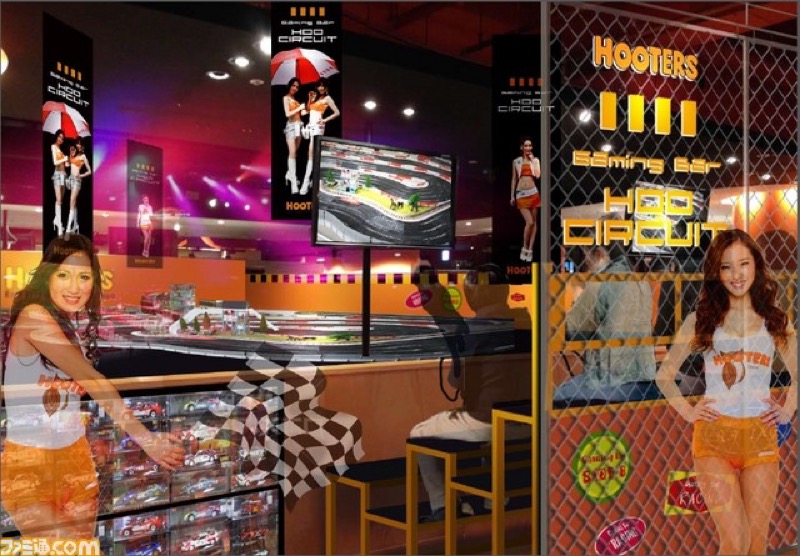 I’ve already professed my love for Japanese arcades, having visited some for the first time a few months back, but this is something else entirely. Namco Bandai is reportedly teaming up with Hooters to bring a “Gaming Barside-B” concept arcade to Japan.

I love how the promotional images feature ghost people. This image here is particularly hilarious, as half of the people involved look bored, outside of one girl with a trucker hat seemingly screaming at a mug of beer. Marketing!