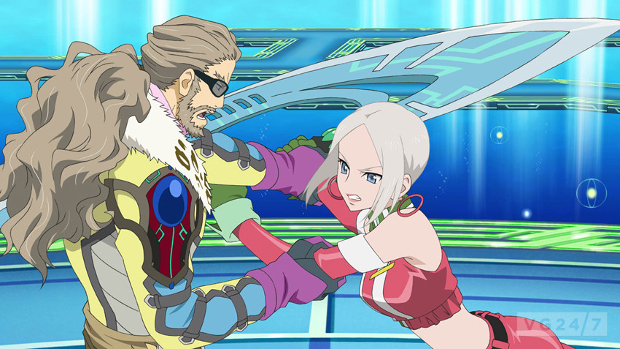 I don’t want to break your Tales of Hearts, Tales fans, but I guess it builds character.

Tales of Hearts was a DS game that never got localized. It’s supposed to be quite good. Namco polished the game, added a new character, new story events, and full voice acting for Tales of Hearts R, which came to the Vita earlier this year. In Japan, anyways.

That same upgraded release has now been made available on iOS in Japan, Gematsu reports: “The 1.56 gigabyte game costs a launch celebratory price of 1,800 yen until October 15, when it will jump back to 3,800 yen.”

Sorry. But, hey, you’ve been meaning to learn Japanese for a while, right?