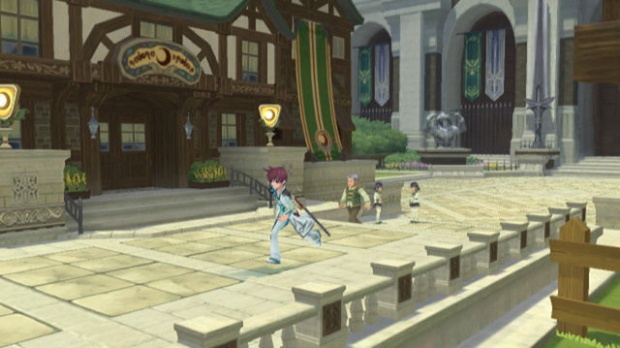 Just when you thought they ran out of words to pair with Tales of…, Namco Bandai officially announces Tales of Graces and Tales of Versus.

Tales of Graces is a Wii game of a new…genre, says 1UP.  “The RPG In Which You Come To Know The Power To Protect” is what they call it. Riiight.

In this game, due out in Winter in Japan, expect a seamless world, where towns and dungeons run into each other. The talented animators at Production I.G. are working on the cutscenes and character design will be done by Mutsumi Inomata. The new Style Shift Linear Motion Battle System will allow characters to switch battle styles on the fly. And forget waggle: game play was demonstrated with the Wii Classic controller.

Also announced at the same time was Tales of Versus for PSP, a 4-player Smash Bros. style Tales-based fighting game. A story mode will also be included. While the game will have 35 characaters, all we know now are four: Yuri from Vesperia, Luke from Abyss, Shing from Hearts, and Richter from Symphonia.