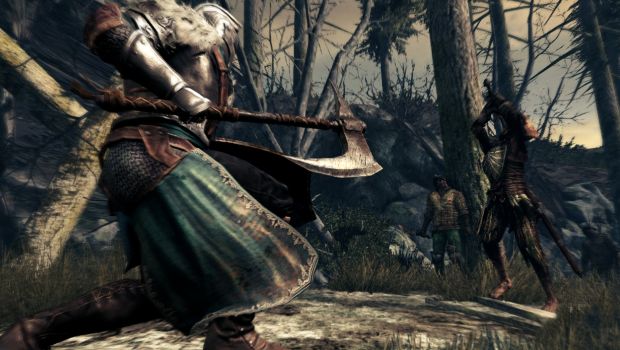 Namco Bandai’s marketing support for Dark Souls was modest, to say the least, but apparently it won’t be making that same “mistake” with the sequel. Dark Souls 2 is to be treated like a major “AAA” title, according to the publisher … even though most people like Dark Souls it because it isn’t your typical “AAA” bullshit.

“The good thing this time round is we’re investing more in it from a marketing perspective,” PR director Lee Kirton told OXM. “With Dark Souls and [PS3-exclusive spiritual predecessor] Demon Souls it was very focused, small-scale. We’re treating this as a massive, massive triple-A title.

“We’re going to go guns-blazing with it, and hope to God that it works. We’re going after people who love and adore Dark Souls, while hopefully widening the net a little. I’m not saying that every Skyrim player’s going to be jumping on Dark Souls, but it would be nice if some of them did. It’s a different game, sure.”

This is … an unsettling attitude from Namco. As I’ve discussed already, part of Dark Souls‘ success came from modest expectations and wise spending. It’s why it can be a triumph with “only” two million sales to its name while Square Enix considers even larger sales to be a failure for Tomb Raider.

For those worried about From Software “dumbing down” Dark Souls 2 to appeal to a wider audience, I don’t think that’s the issue. Namco Bandai is talking specifically about the money it’s putting into the project, not so much the content. While I support anything that gets Dark Souls into more hands, I’m worried at the gleefully reckless talk of decadent investment — the same kind of investment that’s turned “AAA” development into the bloated carcass it currently is.

Going “guns-blazing with it, and hoping to God that it works,” seems to adequately describe the way most major publishers have been behaving lately — blindly throwing mountains of cash at a project and leaving success in the hands of wishes and moon fairies. Telling me that you’re going to do what every other fiscally disappointed, CEO-ejecting, increasingly desperate publisher is doing doesn’t fill me with confidence — it makes me worried.

The Dark Souls IP definitely deserves support. It doesn’t deserve reckless spending, unrealistic expectations, and to start the slow descent that’ll see it become to The Elder Scrolls what Medal of Honor now is to Call of Duty.

It deserves better than to be treated like a “AAA” game. It deserves to have its dignity.