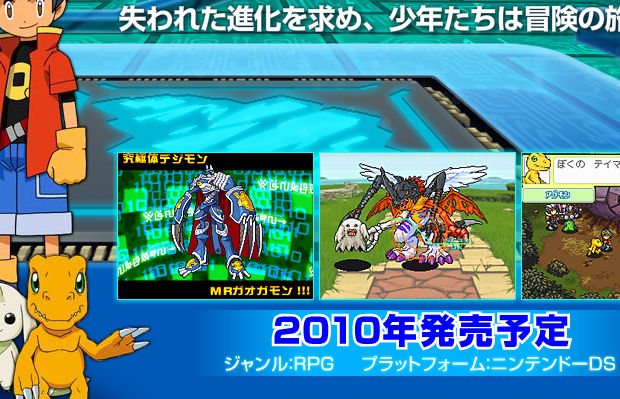 Yep, Digimon is coming back.

The big RPG tease was to herald the return of Digimon, Scamco’s male-centric Tamagotchi franchise that eventually got its own TV series and became quite a popular Japanese fixture toward the end of the nineties. There is to be no Xenosaga, and no Baiten Kaitos. We should have seen this coming, really.

The new game appears to be called Digimon Story, and it’s due for arrival on the Nintendo DS. Yeah I know, this sucks.