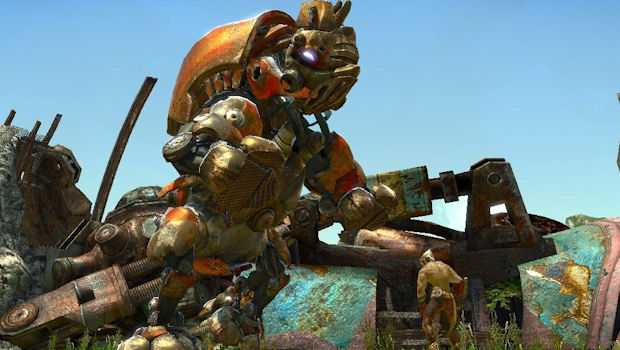 If you were worried that the excellent looking Enslaved: Odyssey to the West wasn’t going to get any promotion, then don’t worry! Namco Bandai is spending a small fortune on making sure that people hear about this game.

In fact, the UK wing of Namco is going to be spending more marketing money on Enslaved than it has done for of its other games, and that includes its premier fighting game of last year, Tekken 6. TV advertising, along with a large scale print and online campaign has all been planned out. This is Namco’s biggest launch of 2010, and it’s going to treat it as such.

I was worried that Namco would not put much backing behind Enslaved, being a new IP that looks genuinely good. However, the publisher is really giving it the royal treatment, and that’s great. This has become my most eagerly awaited game of 2010, and I have the utmost faith in it.