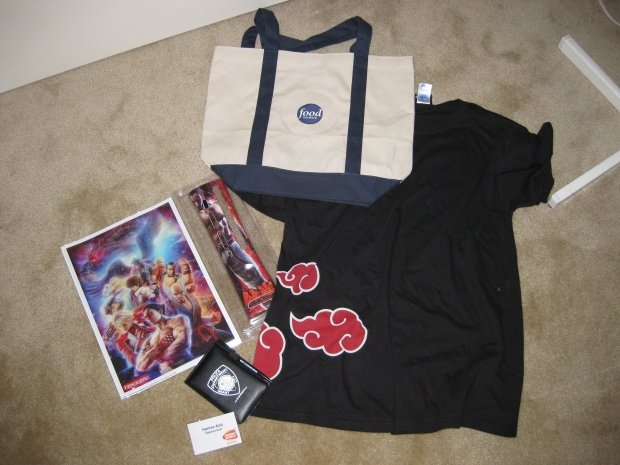 Finally, it took nearly four months, but I finally got some awesome swag from an event. Companies haven’t really been handing out anything awesome this year (Excluding Crytek who gave out 2GB Flash drive bracelets at GDC).

Namco Bandai gave out a nice bag of swag that included a giant Food Network bag (which I gave to my mom. She loves it!), a police style note book, a Tekken faceplate for the Xbox 360, Tekken artwork (which is actually a PS3 skin) and a Naruto shirt that I wouldn’t be caught dead wearing.  This is much better than Konami’s period blood swag. Much better.

Here’s a recap everything Dyson and I saw while at the Namco Bandai Editor’s Day:

What are you guys looking forward to?