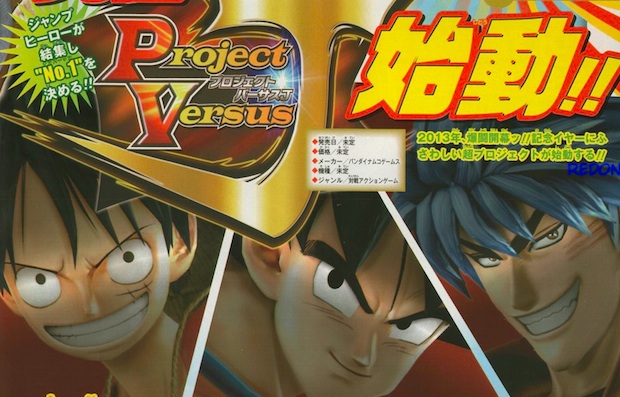 The latest issue of Weekly Shonen Jump has hit shelves in Japan, and in it readers have found the announcement of a new game from Namco Bandai called Project Versus J.

We know next to nothing about the title other than their goal of making the “ultimate Jump game,” and that it’s scheduled for release sometime next year. See if you can gather anything from this page scan we found at All Games Beta.

One Piece’s Luffy, Dragon Ball’s Goku, and Toriko are shown in the spread.

Maybe a fighter? Maybe PS3 or Vita? Any guesses?