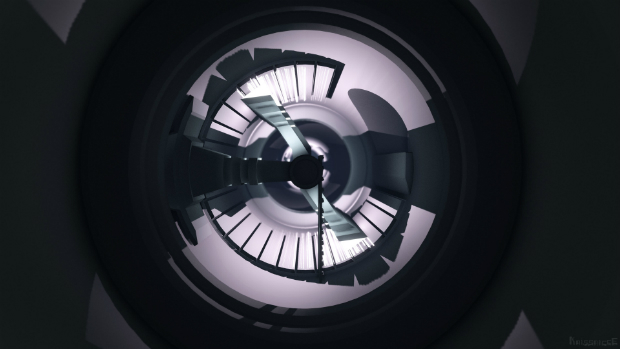 Releases on Steam next week

Honestly, this might be more scary than an average survival horror game. It is not even clear if NaissanceE is supposed to be a frightening experience, and that just makes it seem even scarier. At least, that is my reaction to the video above. Below is a more gameplay-focused trailer, which brings a bit more to light, as it were.

At times, it evokes Antichamber‘s endless geometry, with a dash of Closure‘s light/dark mechanic thrown in. Some relatively simple puzzle platforming is shown, but that does not appear to be the focus. Described as an exploration game that takes place in a mysterious ancient structure, it definitely has an ominous feel to it that the mystery behind the locale is one best left uncovered. Adding to that mood is music by Pauline Oliveros, who has famously created some substantially creepy audio works.

Whatever NaissanceE is, it will be releasing on February 13 on Steam, for $19.99.