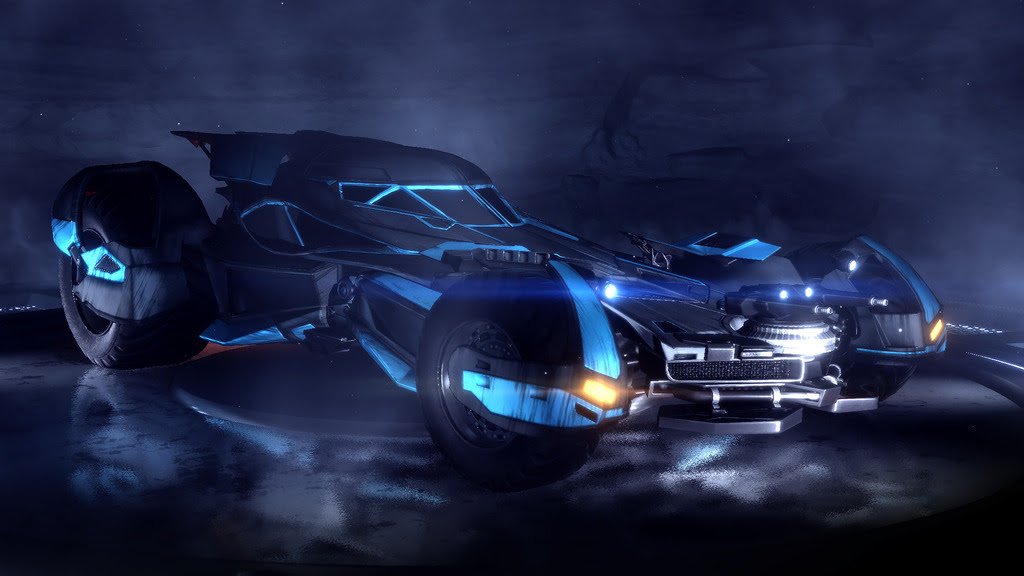 Last year we got Back to the Future‘s DeLorean in Rocket League, complete with its own special OUTATIME explosion and flaming tire track boost. It was pretty popular, so more premium battle-cars seemed like a given. For this one, Psyonix teamed up with Warner Bros. and DC Comics to bring the Batmobile onto the pitch. Of course, it has its own sleek bat signal explosion.

Now, this is the Batmobile from the upcoming Batman v Superman: Dawn of Justice, so it’s perhaps not as near and dear to our hearts as the ones from ’90s Batman movies, the Adam West series, or the original comics. But still, it has that Bat feel to it. Lots of black, and an enormous hood with a cab way too far back. Batman probably smashes into small children on the regular. But I digress.

The Batman v Superman: Dawn of Justice Car Pack will be out on March 8 and run about two bucks.