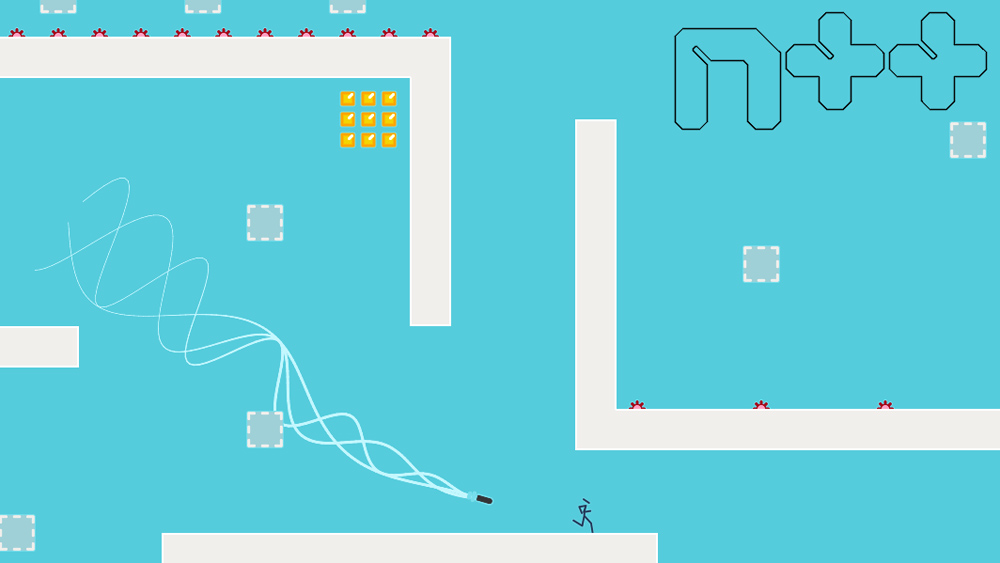 One of the games I knew I had to check out at the Indie Megabooth this PAX Prime was N++. I liked its predecessor on Xbox Live Arcade a great deal, which is to say it infuriated the hell out of me but was satisfying beyond words when I managed to push through the challenge.

This is a platformer, the kind that gives you precise control of a more-than-capable character who can bounce off walls. As such, the levels can require perfection — or something close to it — while technically still being “fair.” Evil, yes, but not unfair.

Your ninja has a distinct momentum and weight, which you’ll get a feel for after a while as you’re eased into new obstacles and enemy types. It’s been ages since I played N+, so I was rusty. But since I only had time to play cooperative and race levels with another PAX attendee, that didn’t matter too much. Just needed to be better than the other guy.

The levels we experienced had things like mines that would become armed once a person touched them and then moved off, meaning one of us would have to sit exactly on top, not an inch too far left or right (whoops!), and wait for the other to pass the bomb before leaving.

There were also stages split into two distinct areas, one for each of us. I had to successfully clear my side and suicide-jump into a switch above explosives, opening the door for my partner at the end of his section. We beat everything in the demo build. Thanks, teamwork.

Race levels had similar design elements, like the aforementioned mines. The person who reaches the end first gets control of a rocket that they can guide into their opponent, but I forgot about this mechanic literally every time — my missile would just instantly crash into a nearby wall. That’ll be a devious little feature off of the convention center show floor, though.

While I only played a fraction of N++ — its simple beginning levels, at that — it was enough of a glimpse. I know where this is going. It’s more N, the final N, and I’m both excited for and fearful of its release, whenever that might be. Gonna need a PlayStation 4 before long.