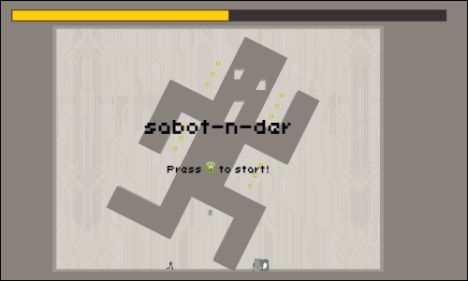 For those gamers who love simplicity, N+ probably seemed like the perfect title — puzzle solving, clean lines and lots of gravitational challenges. It may have faded from your radar a little bit since its Xbox Live debut, but you may find the flame rekindled when you hear the latest news from Metanet Software: 3 downloadable packs have been submitted to Microsoft. More from their blog:

We just submitted three downloadable levelpacks for N+ XBLA (one of which is free), we’ll be posting with more details as soon as we get a launch time. In total there will be over 750 new levels! The multiplayer maps in particular (over 300 of them) are a lot better than the ones that came with N+, since we’ve had more time to learn what works. We made sure to include more co-op maps, since they’re apparently quite popular.. these ones are even harder, so start practicing!

There’s also a small bonus in each pack which will remain secret for now.. or will it?!

My favorite thing about effective downloadable content — and by effective I mean that it makes me go back and play something that I thought I wouldn’t pick up again for a while — is how it can make a game appealing in the same way it was when it was brand new. It won’t be immediate, as these will obviously have to go through a certification process before release, but it’s something nice to look forward to.