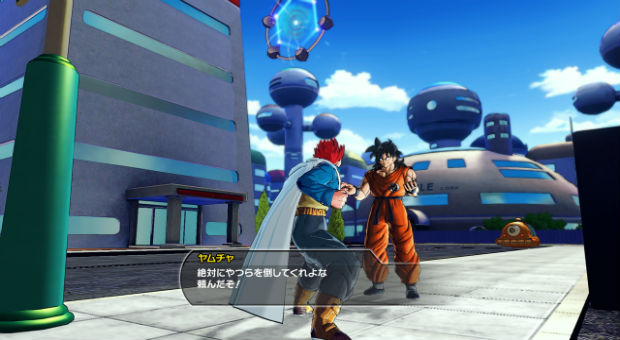 He shops at all the same places as Trunks

A new batch of screens and art have revealed more of the mysterious figure seen during the announcement of Dragon Ball Xenoverse at E3 2014. This character, uncharacteristically for Saiyans, seems to have red hair instead of the normal black. If I had to guess, he’s probably just a custom character. But we’ll see, I suppose.

Who is this new character and what’s his background and purpose? Whose side is he on? Is he a different-haired Trunks clone? Find out on the next exciting episode of Dragon Ball Xenoverse!