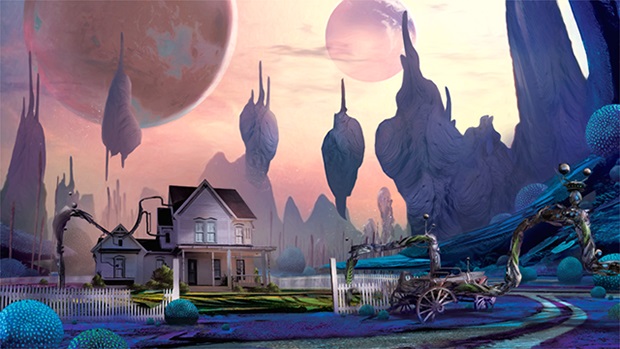 Cyan is entering the crowdfunding market

Out of all of the studios and developers gaining a second life via Kickstarter, it’s honestly surprised me that it’s taken this long for Cyan to get in the game. The developers behind the seminal Myst are looking to fund Obduction, a new IP that will draw on some of the same themes from the adventure game classic that’s celebrating its 20th anniversary this year.

In the video above, Rand Miller cites a lack of enthusiasm from publishers and the desire to stay totally independent. Cyan is looking to raise $1.1 million to complete Obduction. That’s a lot of money for any developer to ask for but they are looking to release the game in mid-to-late 2015, so that’s almost a two-year development cycle which isn’t going to be cheap.

Still, the team have raised over $325,000 so far in just 24 hours, so I wouldn’t be surprised to see Obduction hit its goal.