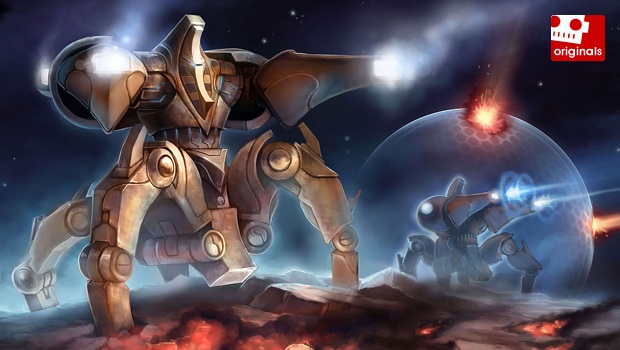 [Editor’s note: I would like you all to meet Patrick Hancock. Patrick is one of the members of our fancy new MMO team! In addition to giving everyone free cookies and puppies, this newly formed team will be bringing a variety of exciting MMO coverage to the site. Let’s give Patrick a wet Destructoid welcome! -Chad]

StarCraft II has something for just about everyone. Even if the traditional resource-gathering, base-building gameplay isn’t your style, there are tons of custom games that play completely differently. One such custom game is StarCraft Universe (SCU), an upcoming MMO-like map that aims to fulfill the desires of everyone who has hoped for a “World of StarCraft” from Blizzard. Above is the newest trailer for it and I must say it looks pretty promising.

However, I’ve been fooled by MMOs prior to release before, so I’m staying cautiously optimistic for now. Too many MMOs fall back on certain things which turn me away from them pretty quickly. I’ve compiled a list of five things that, in my mind, would greatly help SCU be the fantastic custom map that it needs to be.

The game has no set release date as of now, but there’s still plenty of information scattered around the official website. First of all, if you already own StarCraft II, you’ll automatically be able to play SCU once it releases. It won’t work like a traditional MMO with a constantly evolving world for you to explore; instead, you’ll create a lobby and start an instanced world with those who join. Through the magic of Battle.net, you’ll be able to use your created characters (up to three) in any instance of the MMO that you join. You’ll level up and collect loot just as you’d expect, and there will even be PvP. Protoss and Terran are the only two races represented at the moment since Zerg is reserved for the enemies. You can read about some of these in more detail at the site’s FAQ.

Not a WoW Clone

The phrase “World of Warcraft clone” gets thrown around a lot these days, so allow me to clarify. I don’t want SCU to format its entire structure around what WoW does. I don’t want this to be a re-skin of WoW with Protoss instead of the Horde. World of Warcraft has contributed a lot of great things to the MMO genre, and in fact I do hope that some elements find their way into this custom game. The game does claim to have raid-like bosses similar to WoW, but I just hope that the developers don’t get carried away with the WoW similarities. I’m sure there is a decent overlap between WoW and SCII players, meaning those players would have little reason to play a bite-sized version of a game they already own. Mainly, I just want to see SCU take advantage of the fact that they have the free will to do whatever they want with the structure since they’re not tied to publishers or deadlines or any of that industry jazz.

One of my biggest gripes with MMOs like Final Fantasy XI is how uninvolved I feel when battling enemies. I’d love for SCU to have something like a combo system that would keep me involved as a player and not just sitting back as a spectator. Perhaps beginning a character with more attacks than normal would prevent the earlier levels from feeling so mundane. The last thing I want to be doing is watching my Zealot slowly whittle away an enemy Roach while I sit back and do nothing but execute the occasional power.

In the most recent trailer, we get a quick look at some of the units that are available to choose from within the game. Besides the Firebat, Medic, and Preserver (the first two being from StarCraft I), they are units that we’re all accustomed to.  However, there are also four locked slots that we don’t get to see and I can only hope that those are a bit more creative. The developers have stated that they are basing the game in the already-existing world of StarCraft, including the extended fiction, so while we won’t be seeing Roaches that shoot out Scourge, we might still see something along the lines of a Gestalt.

At the same time, if I choose a Ghost, I don’t want to only be learning abilities that are in the main game like Cloak and Snipe. I would really like to see the developers take a little creative liberty when it comes to abilities, maybe even going deep into the extended fiction to pull out the more interesting ideas. I don’t mind learning Stimpack as a Marine, but I can only hope that I can also go down a somewhat unorthodox tech tree.

The biggest turnoff of MMOs that I’ve played has been the introduction of things like Herbalism and Bone Crafting to take me away from my quests. Most of these skills start you out with such incredibly arduous tasks that the late-game versions of these skills are hardly worth it. Call me crazy, but walking around the world of Azeroth looking for daisies just doesn’t tickle my fancy. These kinds of tasks are unnecessary and should be nowhere near SCU. If they are included for whatever reason, they shouldn’t infringe on the main quests or story line in any way. I just want to slaughter some Zerg scum, not spend all day crafting Zergling-skin boots.

No MMO is worth it if it isn’t going to have proverbial legs. The early signs of this step are already in existence and are easy to see. There is a section on the website’s forum to report any found bugs, and the developers have already stated that there will be multiple maps released in succession. Unfortunately, you can’t “patch” custom games in SCII, but there’s no rule preventing you from releasing an entirely different map with some slight changes; plenty of other maps do that already. Only time will tell if this small development team will be able to keep on top of bugs and other issues.

When it comes down to it, StarCraft Universe will be a fan-made, free-to-play MMO that just by being in existence has me super excited. Even though it’s no longer called World of StarCraft or being developed by Blizzard, make no mistake: this is the closest we’re getting to anything that could be considered a StarCraft MMO. It’s pretty clear to me that these developers really care about this universe and this project, and I look forward to the finished product.